Australia won’t buy nuclear submarines from US, UK: Australian Ambassador to the US Arthur Sinodinos 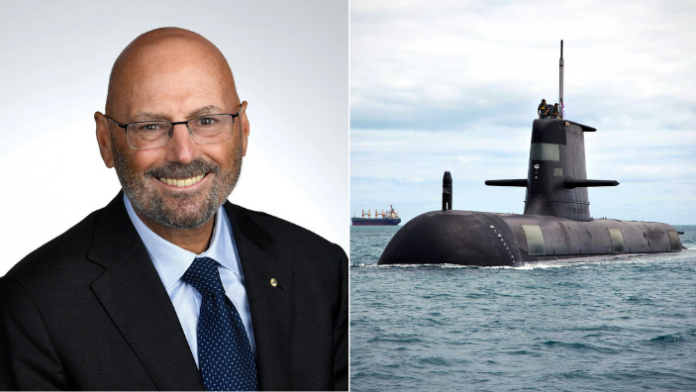 Australian ambassador to the US Arthur Sinodinos has ruled out buying nuclear submarines from the US or UK.

He suggested the vast bulk of the new fleet promised under the AUKUS security pact would be built in South Australia.

“This is not about cannibalising American and British submarine fleets or taking the next one that comes off the assembly line or anything like that,” he said, speaking as part of an online panel at the Hudson Institute on Tuesday.

“This is about developing a capability, which augments what is available to allies and partners in the region.”

Sinodinos said the government hoped to sort out the details of construction in sooner than 18 months.

“We‘re hoping to do it as quickly as possible and not have to use the full 18 months,” he said, referencing the 18 month period in the deal.

“We‘ve got people coming into the embassy, help with this work here in Washington, the White House, the Pentagon is staffing up as well.”

“The UK is doing the same thing.”

“So watch this space.”

Submarine workers in South Australia will be reassured and the capability of the Australian submarine industry and workforce will be under the microscope.

The Ambassador said the submarines would enable Australia to “project power”, but shouldn’t be seen as a threat to China.

“We want to move on. We‘re happy to have a dialogue, a dialogue without preconditions. And we want to just normalise relations again. This is not about us seeking to regime change or anything like that,” Sinodinos said.

Tensions between the two countries have deteriorated in recent years. We’re currently in the middle of a trade dispute with Beijing.

“We want to be able to … project our power further up rather than taking an approach that all our defence has to be a defence of the mainland,” Mr Sinodinos said, pointing out defence spending was increasing towards 2.5 per cent of GDP.

“We‘re doing that because we want to be more proactive in shaping the environment in our region … the challenge for us in the region today is not to sit back and be the passive recipient of whatever may be happening, but seeking to shape events.”