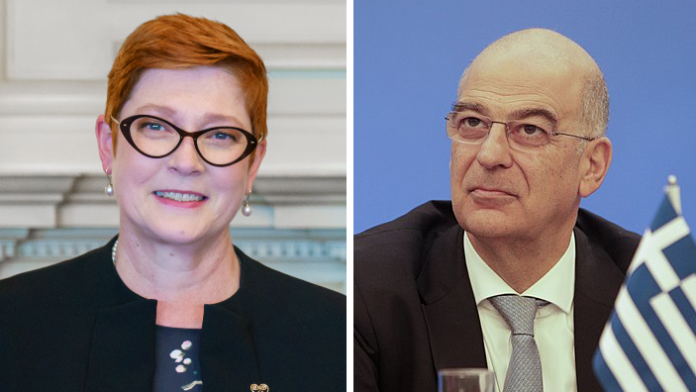 The talks between the two top officials focused on their shared commitment to the International Law of the Sea, to the protection of the environment and to regional developments, Mr Dendias wrote on Twitter.

The two ministers also reaffirmed the two countries’ historic ties on the basis of common values and the Greek Australian diaspora as a bridge between Greece and Australia.

In a 2019 statement announcing Australia’s new Ambassador to Greece, Arthur Spyrou, Marise Payne praised the strong relations between both countries.

“Australia and Greece have an enduring relationship built on strong people-to-people links and bonds forged during both world wars,” Payne wrote in the statement.

“400,000 Australians claim Greek heritage, and this community has made a special contribution to developing and enriching contemporary Australia.”

The recent telephone conversation between the Foreign Ministers is set to only deepen these relations.