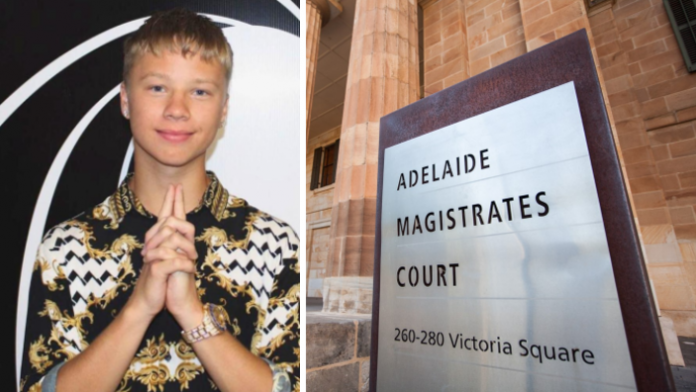 Apostle Broikos, a former private schoolboy and the youngest South Australian arrested as part of Operation Ironside, has been granted home-detention bail, The Advertiser reports.

But Broikos will remain in custody until at least Thursday, when the Supreme Court will review his case after a challenge by prosecutors.

The 18-year-old from Burnside appeared in the Adelaide Magistrates Court on Monday charged with manufacturing a large commercial quantity of methylamphetamine.

According to The Advertiser, prosecutors opposed Broikos’ release on bail, saying he could continue reoffending “wholly undetected.”

The court previously heard Broikos was accused of facilitated the delivery of cash to one of the men accused of running a Morphett Vale drug lab, as well as assisting in the supply of chemicals.

The court was told Broikos was also one of eight people allegedly involved in transporting 10kg of methamphetamine from NSW to SA.

Magistrate John Wells granted Broikos home-detention bail “with a great amount of hesitation,” setting a condition that Broikos could not contact his co-accused.

His parents, who were “shocked” by the allegations against their son, were ordered to put up a $50,000 cash surety.

Prosecutors sought a Supreme Court bail review and Broikos was remanded in custody until Thursday.