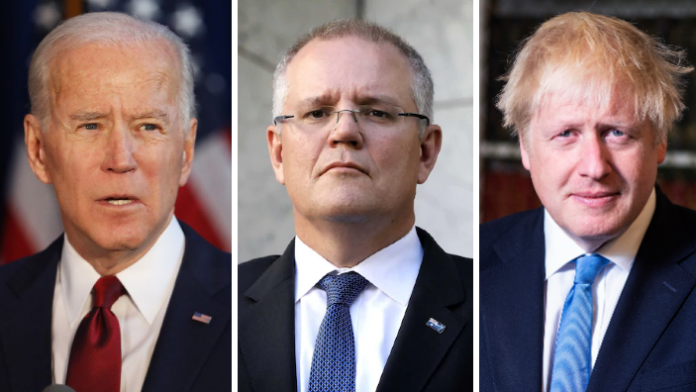 As part of the pact, to be known as AUKUS, the US, UK and Australia will promote deeper information and technology sharing, and will foster deeper integration of security and defense-related science, technology, industrial bases, and supply chains.

As the first initiative under AUKUS, the US and US will help Australia in acquiring nuclear-powered submarines for the Royal Australian Navy.

From today, the three countries will embark on a trilateral effort of 18 months to seek an optimal pathway to deliver this submarine capability.

“We recommit ourselves to this cause and a new caucus vision,” Mr Morrison said in a press conference this morning, which was also attended virtually by US President Joe Biden and UK Prime Minister, Boris Johnson.

The deal does not extend to nuclear weapons, only the propulsion system, which has always been conventional diesel-electric in Australia’s submarine classes.

“We’re opening a new chapter in our friendship, and the first task of this partnership will be to help Australia acquire a fleet of nuclear-powered submarines, emphasising, of course, that the submarines in question will be powered by nuclear reactors — not armed with nuclear weapons,” he said.

Mr Morrison said the nuclear submarines would be built in Adelaide.

For his part, Mr Biden said the new pact will ensure “peace and stability in the Pacific over the long term.”

“AUKUS will enhance our shared ability to take on the threats of the 21st century together as we always have,” Mr Biden said.