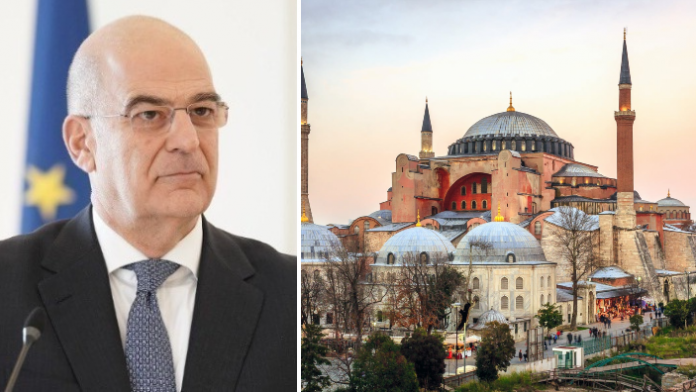 Turkey should “respect the monuments that other robust spiritual civilisations erected in its territory,” such as Hagia Sophia and Chora Church, Greek Foreign Minister, Nikos Dendias, has said.

Speaking at the opening of an exhibition at Athens’ Byzantine and Christian Museum on Wednesday evening, he said all countries should be duty bound to respect Byzantine cultural heritage.

Turkey needs to “protect, in particular, monuments that form world cultural heritage, such as Hagia Sophia and Chora Church,” which “are now being used for other reasons, in violation of relevant international commitments,” he said.

He expressed his deep regret “at the incomprehensible Turkish choice” to change the use of these monuments, in a move that enjoyed the support of the Muslim Brotherhood, an organisation that is trying to “destabilise a number of countries in the region, friends of Greece.”

“We expect Turkey to change its neo-Ottoman policy … to return to the tradition of the secular state [and] to respect monuments that other robust spiritual civilisations erected on its territory.” Dendias said, adding that this would be in the best interests of Turkish society and reflected the will of a significant part of that society.

The Byzantine and Christian Museum exhibition has been created by the Foreign Ministry’s Diplomatic and Historical Archives to mark the bicentenary of the Greek Revolution.

The exhibition comprises over 200 archival documents.