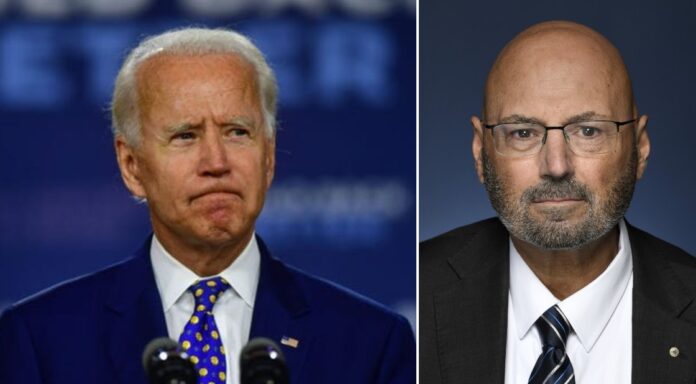 Australian Ambassador to the US Arthur Sinodinos has revealed how Australia will seek to work more closely with the new Biden administration as the country begins its road to economic recovery.

Speaking on The Australian’s Strategic Forum Sinodinos says he believes Joe Biden will maintain the Trump administration’s tough approach to China but would do so more in concert with regional allies like Australia.

“We’ve encouraged a Trump administration and we will encourage a Biden administration to work closely with us and others because I think for us it is important that China is brought into the rules based order in a way which is consistent with that order working to the benefit of everybody,’ Mr Sinodinos told The Australian.

“We want a strong and prosperous China but it has to work within that context. And that works best when we and other countries work together to convince them that the calculus of benefit for them is to be part of that rules based order.”

“I think what may be a holdover from the Obama era may be the way the Obama put the focus on the inter-agency processes,” Sinodinos added.

“But I suspect that is a default position that the president-elect would fall back on, those processes he was familiar with in that time.

“The opportunity for us, of course, is that where those processes exist, we have more notice of what may be going on, more of a capacity to influence.:

Mr Sinodinos said he believed a Biden presidency would see a continuation, rather than any major change, in the close alliance relationship between Australia and the US. He said he hoped Mr Biden would visit Australia next year to mark the 70th anniversary of the ANZUS Alliance and underline the importance of the relationship for both countries.

“This is a relationship which, in my view, under this (Trump) administration has gone from strength to strength, and we are optimistic we can go further under a Biden administration,” he said.