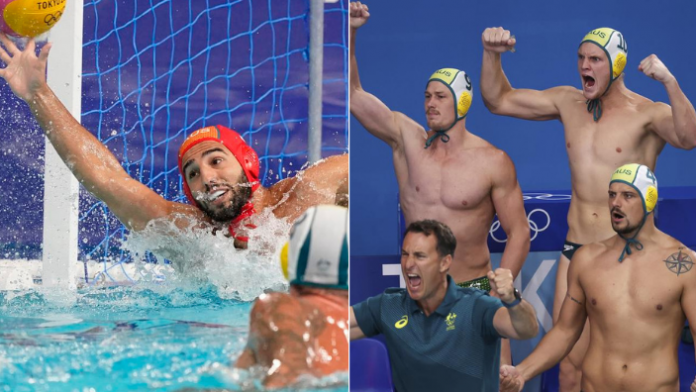 Australian men’s water polo team the Sharks posted their first victory of the Tokyo Olympics with an 11-8 win over the world No. 3 Croatians last night.

“[Hrysanthos] had an absolutely incredible game, can’t do better than that for your Olympic debut,” captain Aaron Young told Channel 7.

“We definitely have the hardest group here. Now we’re up in the mix… we (know we) can play against these bigger teams.”

The Sharks came home strong after taking a single-goal led into the final quarter.

The team fired three unanswered goals within three minutes in the final quarter to seal the match.

It’s a bounce back for the Sharks after losing 15-10 in their tournament opener to Montenegro.

The Sharks currently sit second in Group B.

Australia next face Serbia for their third preliminary round game on Thursday at 8.50pm AEST.