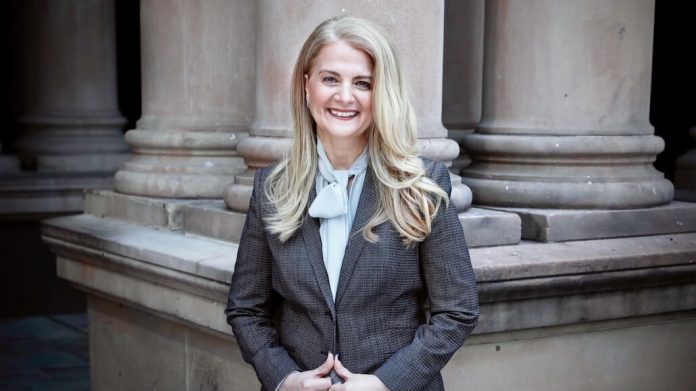 Councillor Angela Vithoulkas has announced her decision to run for Lord Mayor of Sydney this morning in an exclusive interview with the Sydney Sentinel.

The Sydney Councillor will run as a candidate under the Small Business Party, a party she founded in 2018.

The announcement comes as a surprise and gives Ms. Vithoulkas three months to campaign before the election on 4 September.

If elected, Weldon will be the first Aboriginal-Australian candidate for Lord Mayor and, if reelected, Clover Moore will hold the job for a historic fifth term.

“I am the underdog”: Who is Angela Vithoulkas?

Angela Vithoulkas is a second-generation Greek-Australian who left school early for a successful run in the hospitality industry owning and running businesses.

City of Sydney Councillor Angela Vithoulkas has served on the council since September 2012.

She’s been described as an ‘inexperienced wild card’ and has been dismissed as a ‘green’ but describes herself as “dead center” politically.

Ms Vithoulkas details her seven-point action plan for what she’s described as “a bold new vision for reimagining local government”, including to impose a three term maximum time limit on Lord Mayoral terms.

“Clover has been mayor since 2004 and absolute power with no end in sight fosters a stale environment that’s incompatible with a dynamic, forward-thinking city,” she tells Sydney Sentinel’s Peter Hackney.

Sydney Lord Mayor Clove Moore, who currently holds half of the council’s 10 seats, has held on tight to the role for 17 years.

“There’s a reason why the world’s largest and most powerful democracy has a limit on presidential terms,” she said, declaring she wants future Lord Mayors limited to a maximum of three terms in office.”