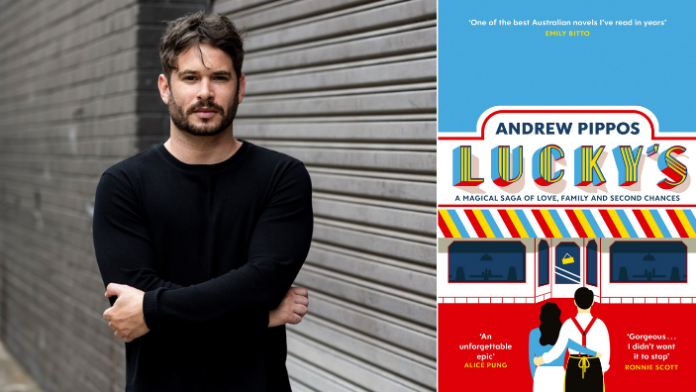 Andrew Pippos’ ode to Greek diners has been shortlisted for the fiction prize in the Prime Minister’s Literary Awards.

Pippos drew on his own experience growing up in a family café to write a book that encapsulates the Greek migrant experience in Australia.

“It’s very common for a writer to write about the places that were important to them in their childhood. The cafés were the first community that I knew,” Pippos told the Greek Herald around the launch of the book last year.

He says Greek Australian cafés weren’t only “agents of assimilation” but “a mix of influences” in the mid-1900s.

“This was an assimilation era of Sydney, where people who came from Greece and started these cafés couldn’t cook Greek food because customers wouldn’t eat it,” he says.

“I’m not sure if you want to call that racism but it’s a kind of intolerance, and that permeates the book.”

Pippos’ first book Lucky’s is one of 30 books to be nominated out of 470 entries.

Others on the shortlist are Jo Lennan (In the Time of Foxes), K.M. Kruimink (A Treacherous Country), Amanda Lohrey (The Labyrinth), and Evie Wyld (The Bass Rock).

“Australia’s storytellers and historians have provided a place for reflection as we have faced the ongoing challenges of the pandemic,” the Prime Minister said.

“That’s the power of our literature and the stories being told.”

The winner will be announced in December.