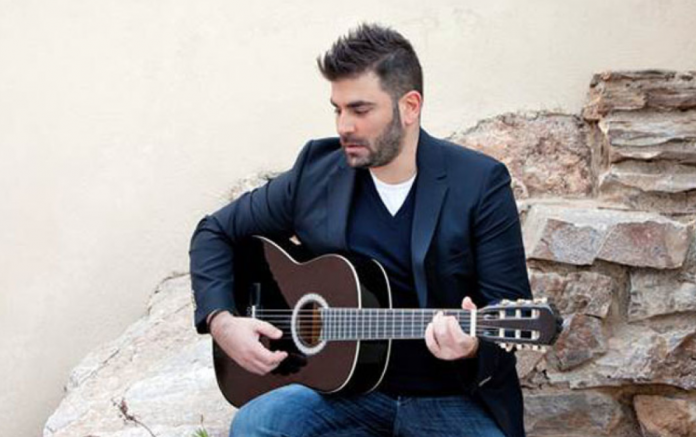 The announcement of the death of popular singer Pantelis Pantelidis, on February 18th 2016, left everyone shocked.

Pantelidis died in a car crash when he lost control of the car he was driving and crashed against the road barriers in Athens.

Just one day after his tragic death, Pantelidis was set to start performing at a night club in Athens, along with popular singers Despoina Vandi and Kostas Martakis.

He was also set to tour Australia in May, with Greek icon Antonis Remos. The tour went ahead in his honour.

His death came as a shock to his colleagues, friends and fans all over Greece and abroad, who expressed their sadness and condolence to his family via social media, and his loss is still felt today.

He became famous when he started posting his songs on Youtube stealing the hearts of many fans who were watching him playing his guitar at home and singing his songs.

His talent soon became recognised and he started performing in Greece’s biggest nightclubs, while his songs became great hits.

Pantelidis’ career was rising, and he was on his path to being a star in Greece. He still became that star, with his music reaching new heights of popularity after his death.

After his death, two of his songs reached the #1 spot on the Billboard chart “Greece Digital Songs”. The two songs being “Ta Shinia Sou” and “Pino Apo ‘Ki Psila Gia Sena“.

On June 25, 2016, a CD single was released with 1 unpublished song and 1 song that was only available on video clip (which was planned to be in the new CD). The song Thimamai in YouTube has nearly 30.000.000+ views. On 14 December 2016, his pre-recorded song “Alli Mia Efkeria” was released via artist’s official YouTube channel and gained over 1.1 million views in 2 days after the release and 20.000.000+ views after few months.

On February 18, 2017, one year after his death, another unpublished demo song was released Karavia Sto Vitho.

On October 27, 2017, Tha Zo, another unpublished song of the artist was released. It was written and composed by Pantelis Pantelidis and sung by Amaryllis. Within a month, it received 3,000,000 views.

Four years on, the impact of his loss is still felt through the power of his music, which is enjoyed by all Greeks, in Greece and abroad, by all generations.