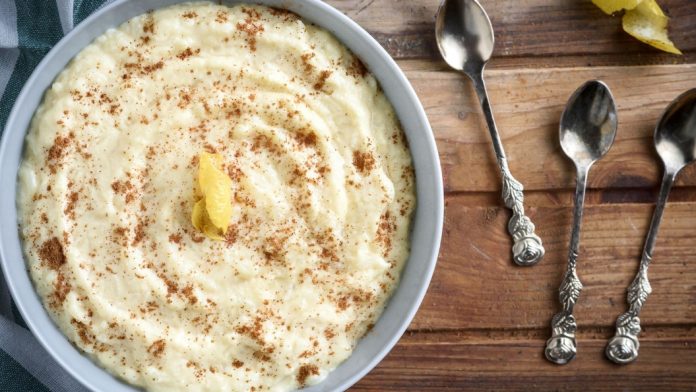 Apart from a great dessert, rizogalo is a comfort food and it can be served warm in winter and chilled in summer.

The variety of rice used in making a rice pudding is very crucial. Even though its preparation and flavor hugely vary, the end product is always the same – rich and creamy. In order to get this consistency and texture, short-grained white rice is used.

Rizogalo is traditionally prepared using a Greek short-grain rice variety called glacé. The grains of this rice become soft and tender when cooked. They also stick to each other during cooking making the rizogalo thicker and creamier. This type of rice is also suitable for soups. The next best substitute is the Arborio rice, which has similar properties.

Key to making a decadent rizogalo is to stir it constantly to get the creamier texture. Slow cooked rice absorbs more starch and makes the pudding more luscious.