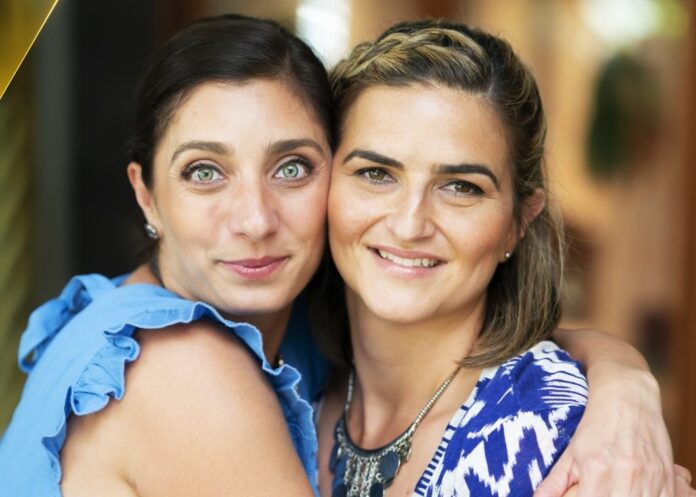 In what was a nail biting 3.5 hours, Team Greece knocked out the remaining three teams on Channel 7’s show Plate of Origin to be crowned this year’s winners.

Dezi and Penny have wowed the judges throughout the entire competition, but not as much as they did tonight with their traditional gemistes, barbeque prawns, tender lamb and galaktoboureko.

In the first round, they went up against Team Vietnam with their gemistes, which were sadly criticised by the judges as being too “salty.”

But Team Greece never gave up. They were given another chance to impress, going up against Team Italy and knocking them out of the competition with their special Greek Ekmek Kataifi recipe.

“Never underestimate a Greek mum. The pressure is on. I feel like the Greek community is watching us!” Dezi exclaimed at the time.

And boy, they definitely did not disappoint.

In the final battle against Team Vietnam, their entrée of barbeque prawns with yiayia’s pita bread received a single word of “BOOM” from judge Matt Preston. Our hopes were high!

A main meal of lamb rack with lemon potatoes and Greek salad was up next. There was drama with their lamb not being rested enough but that didn’t bother the judges who hailed it “perfectly cooked.”

The same was said about their beautiful galaktoboureko with hand made pastry.