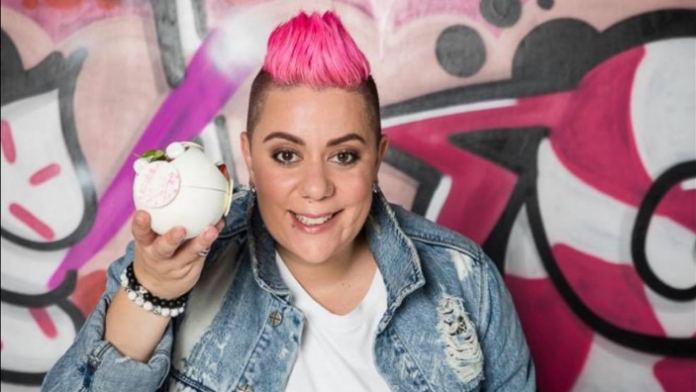 In some exciting news for fans of acclaimed pastry chef, Anna Polyviou, she announced on Monday that she is opening her first-ever patisserie shop in the old Cornersmith building in Marrickville.

READ MORE: Anna Polyviou and her mum cook up a classic Greek feast for magazine special.

“It’s forever been a dream of mine to be around such an amazing community. I have already meet so many people today. Stay tuned as we recipe test and develop…”

Speaking with Delicious Australia in October last year, Polyviou said the new patisserie will pump out fresh croissants and bakery treats every morning, as well as a range of spectacular celebration cakes for takeaway.

“I also want to have a bit of a Greek twist in there as well. I want to be doing my spanakopita, I want to have some of mum’s haloumi cheese too,” the chef said in the magazine interview.

While the new shop is yet to be named, Polyviou said her new pastry creations will be inspired by the locals and she’s encouraged everyone to “stay tuned for taste testing sessions.”

She doesn’t have to ask us twice!