“I owe this to my upbringing”: Constantine Costi at the helm of La Traviata on Sydney Harbour 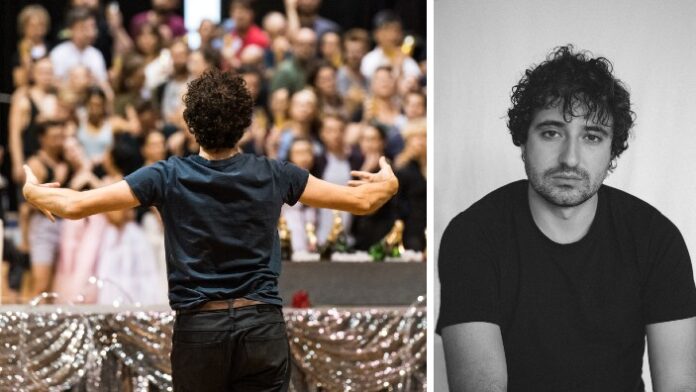 Opera Australia has confirmed its outdoor event, Handa Opera on Sydney Harbour, will return as of March 26 with Verdi’s popular La Traviata, after being shut-down earlier this year due to COVID-19.

Greek Australian Director of ‘La Traviata,’ Constantine Costi, spoke to The Greek Herald about his background and his excitement for being at the helm at Opera Australia for the first time.

“This is by far the biggest thing I have ever directed. I’ve got 20 dancers, 10 actors, a chorus of 40 and about 15 principles. In terms of the spectacle, it’s super exciting,” said Constantine Costi and went on to talk about his Greek Cypriot background.

“I am Greek Cypriot from my dad’s side. My pappou came here in the late 1940s. He started a little fish shop in Lakemba and then he, my dad, his brother and his siblings all went off to start different versions of De Costi Seafoods.

“I grew up at the fileting bench next to my dad and what this taught me and I can apply in my job at the moment, are all these basic skills. About keeping your composure, about working hard. I can owe all that to my upbringing,” said the young director.

Costi also revealed that although very successful in what he does, he “didn’t grow up in the Opera.”

“I came in quite late. I always had this association that opera was something hard to understand or that it was overwhelming but what I discovered and what I love about it is that on a fundamental level it’s quite simple. It’s an incredibly beautiful, heart breaking, exhilarating story told through the medium of song and music.

“Sometimes the spoken word is not enough to encapsulate the passion of the human experience and I think this is something the Opera does so well,” he said.

Asked what his emotions are when he watches a performance he has directed, Constantine said he’s excited but anxious.

“I always clench on my program but this is because I am aware of the immense amount of work that goes into the creation of the performance. From the lead soprano to the assistant technician, the amount of commitment, passion and the hours it takes to make this happen is amazing.

“I also love when I feel that a perfectly sculptured dramatic moment ripples through the audience and I know that everybody in this audience of hundreds of people is experiencing the same thing at the same time.

“This is some kind of magic that you can’t get elsewhere.”

Handa Opera on Sydney Harbour attracts thousands of visitors to Sydney since it began in 2012 and is supported by the NSW Government and the International Foundation for Arts and Culture.

READ MORE: Constantine Costi on his passion for opera and seafood.