Greece extends lockdown until December 7, protests break out in Athens 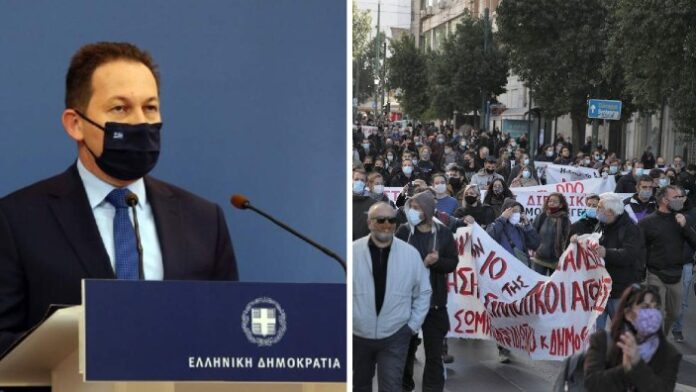 Greece’s government spokesman on Thursday announced a week-long extension to the country’s current lockdown due to the continued spread of the coronavirus.

Stelios Petas said the lockdown, which was due to end on November 30, would be extended to the morning of December 7.

“The decision is necessary as the epidemiological load continues to be high,” Petsas said. “In particular, in some areas it is a source of concern.”

Greek health authorities said there were 2,018 new coronavirus cases over the past 24 hours. There were also 99 deaths, raising the total to 2,001. A record 608 patients are on ventilators.

The number of confirmed cases since the start of the pandemic has reached 99,306.

The lockdown announcement came amid a 24-hour strike by civil servants on a variety of demands, including better workplace protection against the coronavirus.

The strike disrupted public transport and services, while several hundred people defied a ban on gatherings imposed due to the pandemic, holding protests in Athens and the northern city of Thessaloniki.

About 400 people gathered in central Athens for the protest march, while about 150 striking workers also gathered briefly for a protest rally in Thessaloniki.

Ferries to the islands were halted and the Athens metro system and tram were shut for Thursday’s strike, although buses continued to run in the capital.

Flights that had been canceled or rescheduled went ahead however, as air traffic controllers called off their strike after a court ruled their participation illegal.

Greek journalists were also participating with a two-hour work stoppage between 11 am and 1 pm, during which no news broadcasts were aired.