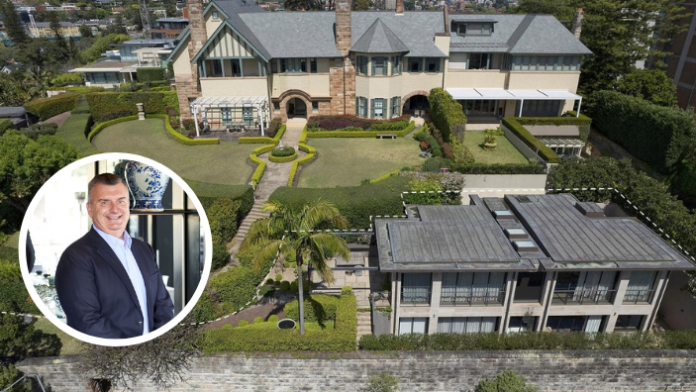 China Doll owner, Steve Anastasiou, and his wife Tracey have sold their Point Piper home for $10 million following their well-publicised divorce, according to awsforwp.

The three-bedroom, five-bathroom home with four-car garage at 6B Wentworth St comes with a decadent George Livissianis-designed kitchen.

Livissianis is the same designer who did the fit-out at Steve’s three restaurants: China Doll in Woolloomooloo; China Lane in the CBD and Chu by China Doll in Rooty Hill.

Other highlights of the home are the private entertainer’s courtyard with barbecue and the downstairs master suite with an enormous bedroom. The marble and mirror ensuite, with a deep bath, opens to a terrace.

It was listed in an expressions of interest campaign via Darren Curtis of Christies, in conjunction with Sotheby’s, with a guide of $9.5 million to $10.2 million.