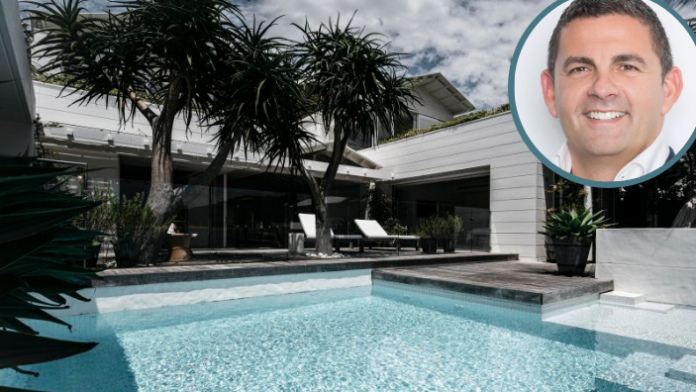 This isn’t the first time the property has set a record for the Central Coast – it made history when it sold to Papas for $9.5 million in 2020.

The Hamptons-style, seven-bedroom residence is set on 2188 square metres and features a sandy beach, a swimming pool, boat shed, shared jetty and a mooring.

Papas’ other holiday home on Bulkara Street in Wagstaffe is also expected to hit the market in coming weeks with a $9 million price tag.

The majority of Papas’ Forum empire was placed into liquidation last year amid allegations in a civil proceeding brought by Westpac and two other lenders, Sumitomo and Société Générale, that Papas had presided over a $500 million fraud on the business.