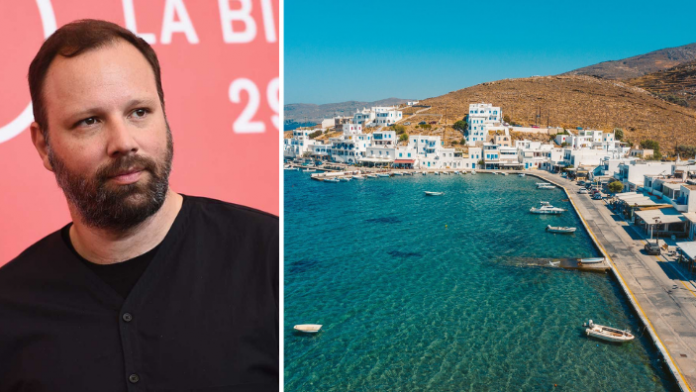 The trailer for a new short film by Academy Award nominated Greek director Yorgos Lanthimos, “Vlichi” (Bleat), has been released and it gives a chilling depiction of the island of Tinos, where the movie was shot.

The 1-minute trailer, shot in black and white, does not reveal much of the plot although shows clips of wild features of the Cycladic island. There is ominous music played over a woman in a flowing dress, and empty grave, a goat on a mountainside and various religious icons.

The film was shot on the island in February 2020, mere weeks before the coronavirus pandemic broke out, and is the second instalment in “The Artist on the Composer” series of short films.

These series are run by the Greek Nation Opera and NEON, a non-profit organisation that brings contemporary art to a wider audience. This program runs and aims to create more connection with filmmakers and orchestral music.

“Bleat” will premiere worldwide on May 6, 7 and 8, accompanied by a live musical ensemble at the Stavros Niarchos Hall of the SNFCC.

Lanthimos is best known for his 2018 film “The Favourite” and recently accepted the invitation to participate in this program from the Greek National Opera’s artistic director Giorgos Koumendakis and NEON Director Elina Kountouri.

The movies musical script will consist of pieces by Johann Sebastian Bach, Knut Nystedt and Toshio Hosokawa, performed live at the Stavros Niarchos Hall by the “Maria Callas” quartet.