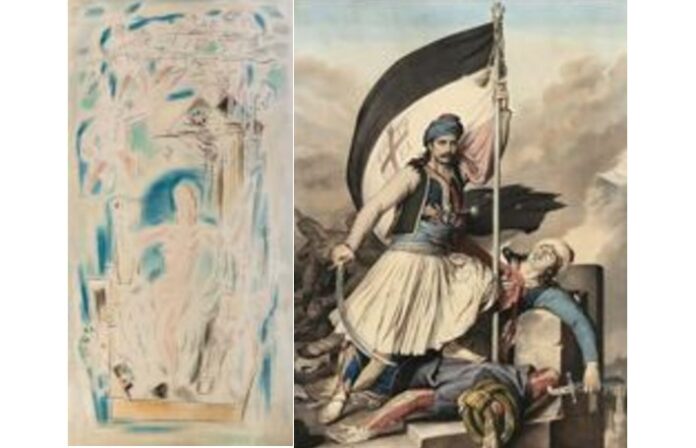 Positive signs for the Greek art market arise from the results of the recent auction of Modern Greek paintings & philhellenic objects, conducted by Vergos Auctions on 27 January and aired live from the company’s Youtube channel.

More specifically, at the historically highest price for the Greek art market (€370,680) and among the 5 highest in the world, the work “the apotheosis of beauty” (1940) by the creator Constantine Parthenis, was enshrined.

Work was originally intended for the decoration of a wall of the city hall of Athens. The intense interest manifested for the modern “white iconostasis” of Steven Antonakos resulted in another first for the largest, purely Greek, auction house. The work was sold at the highest price achieved for the artist, touching €28,274 (initial estimate price €10,000 – 15,000).

READ MORE: Passion for Art and will to adapt: This is how Vergos Auction House is navigating through the pandemic

Several more works exceeded the initial appreciation prices in the section of Modern Greek painting, with the total sold tickets of the category amounting to 75%.