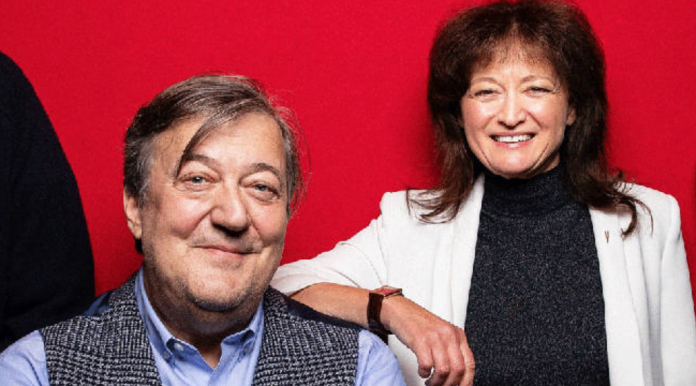 Stephen Fry has announced his first album on Decca Records, The Mythos Suite, featuring music by award-winning composer Debbie Wiseman OBE, will be released on 21 February.

Debbie Wiseman and Stephen Fry are long-time collaborators. They first worked together in 1997 on the film Wilde, for which Stephen received a Golden Globe nomination for his performance as the eponymous poet and playwright. They then went on to work together on other musical projects including Oscar Wilde: Fairy Tales, and Different Voices.

Stephen Fry narrates each of the five musical vignettes on The Mythos Suite which were performed and recorded by 80 musicians from the National Symphony Orchestra at Abbey Road Studios. The release also includes five instrumental-only bonus tracks.

Stephen Fry noted, “I have known and loved Debbie Wiseman’s music for most of my life – to collaborate with her again has been nothing short of rapture. Her music perfectly captures Greek mythology’s juicy and joyous mixture of the elemental and the specific, the noble and the wicked, the ethereal and the earthy.”

Debbie Wiseman added, “Once I’d done some initial sketching, I invited Stephen to come over and listen to my first ideas. After that get-together around the piano at my house, infused with Stephen’s enthusiasm for – and enviable knowledge of – the subject, the music just flowed. Armed with the audiobook version of Mythos, Stephen’s narration guided me; the composing of the orchestral suites followed his voice as eagerly as the Satyrs followed Apollo. It’s been the most memorable and wonderful collaboration with my dear friend Stephen and all at Decca, and I’m so thrilled to have had this opportunity to intertwine these timeless, dramatic Greek myths with musical suites.”

The full tracklisting for The Mythos Suite is:

The Mythos Suite will be released on 21 February. Scroll down to read the full tracklisting and pre-order the album here.