On this day, 20th century entrepreneur Stavros Niarchos was born 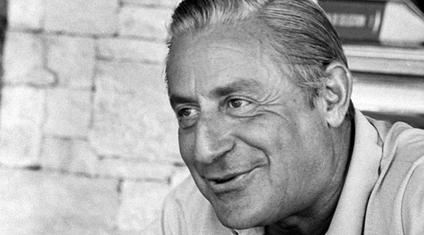 One of the most dynamic and successful entrepreneurs of the 20th century, Stavros Niarchos had international recognition for his great business ventures. One of the founders of the post-war Greek miracle in shipping, his personal and business life fed the columns of newspapers around the world and shaped his legend status.

Stavros Niarchos was born on July 3, 1909 in Athens. His parents, originally from Laconia, had just returned home from the United States, where they ran a department store in Buffalo, New York.

Stavros Niarchos graduated from Varvakeio and Athens Law and in 1929 began working in his uncles’ flour mill. Realising the high cost of importing wheat from Argentina and the Soviet Union, he convinced his uncles that it would be better to have their own ships. During the Great Depression, they bought six ships for $120,000.

During World War II, he enlisted and served as a Flagship in the Navy, also being involved in allied operations in Normandy. With $2,000,000 in compensation from his sunken ships, Niarchos began recovering financially and investing in large tankers.

This proved to be one of the leading causes of his success in becoming one of the largest shipowners in the world. For many years he owned the world’s largest private fleet. He was labelled the “Golden Greek” and featured on the cover for Time magazine against the backdrop of its tankers (issue 6, August 1956).

On May 4, 1970, Niarchos once again occupied the front pages of newspapers around the world. The Greek businessman’s wife, Eugenia, was found dead in Spetsopoulo, under mysterious circumstances.

After the 1973 oil crisis, Niarchos sold some of his shipping companies and expanded into the diamond and finance trade, reaching 2% of the world’s largest bank, Citybank.

Niarchos was included in the list of the 100 richest people in the world, according to the list of “Fortune” magazine. In the early 1990s he retired to his sanctuary in St. Moritz, where he died on April 16, 1996, from a rare disease that had paralysed his immune system.

Niarchos’ legacy is carried out by the Stavros Niarchos Foundation, which was established with his will. The foundation actively provides donations in the fields of education, social welfare, health, arts and culture.