Sandy Constantopedos: The Sydney security technician with the voice of an angel 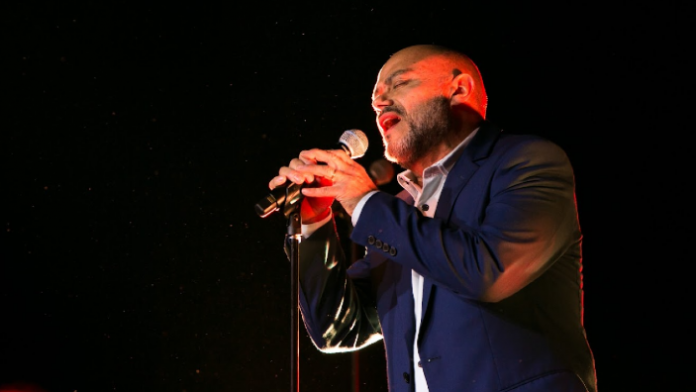 56-year-old Sydney man, Sandy Constantopedos, has many hidden talents. He’s not only an electrician and security technician, but he has also sung for the likes of Greek maestro, Themos Mexis, and the legendary composer, Mikis Theodorakis.

More recently, Sandy also sang live on The Greek Herald’s Facebook page to give people a little bit of joy during the recent lockdown. He impressed everyone so much we decided to find out more about him. Here’s what he had to say.

My parents are both from Symi in the Dodecanese. I was brought up with very strong values. I’m the eldest of five and I went to South Sydney Boys High School where I finished up to Year 10. I’ve also played professional soccer.

2. When did you first start singing? What inspired you?

I started singing from a young age and sang a lot with my dad. My grandfather was a priest and a Byzantine teacher of music. My dad was a huge inspiration.

My youngest daughter, Fotini, who had the lead role as Young Nala from the Disney production The Lion King, she didn’t go to school for 16 months and had schooling at the The Capitol Theatre.

My eldest daughter, Sophia, also had a lead role as Young Bet Cameron Macintosh Oliver, then had the lead in the Disney production of High School Musical as Gabriella, then she went on to fourth place in X-Factor Australia.

3. Do you have any musical highlights or performances which made an impact on you?

I performed a lot with Themos Mexis, many years of experience, and sang a lot at my wife’s Dance School which she had for 30 years. I was also lead vocals for my band and we did a lot of covers from huge major bands. I had the most amazing experience singing for Mikis Theodorakis when he came in 1995. I also supported Dalaras and Marinella when they came to the Sydney Entertainment Center. All these performances impacted my singing career and they have until today.

4. What do you love the most about singing?

The love for singing is such a high. Watching the audience all singing along with you is so satisfying.

5. What would you say to someone else who wants to start performing?

Anyone who wants to take up singing do it for the passion and not money, to be blunt. Once you lose the passion, stay home.

6. You also work in security which is very different from performing. Tell us a little bit about that.

I was originally an electrician and still am but have a passion for security and protecting people’s homes and belongings. I worked on the Sydney Olympics in security which was a great deal for my business.

All I want say is thank you so much for this opportunity Andriana.