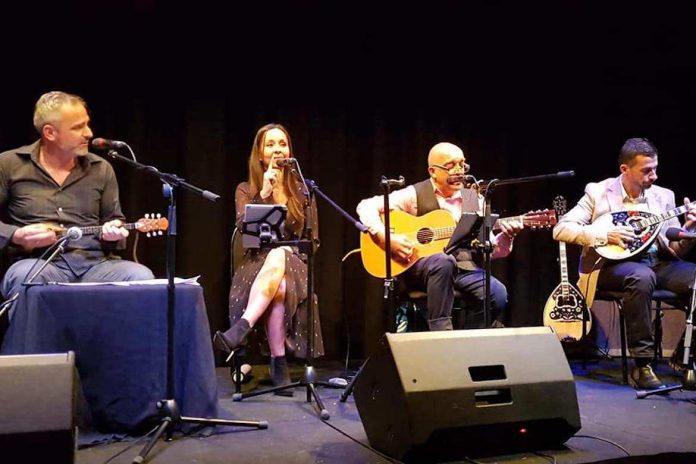 The Melbourne Rebetiko Ensemble returned from “hibernation” over the weekend, with an intimate online performance of Rebetiko music for viewers around the world.

More than 10,000 people tuned in to the Rebetiko concert, which was streamed live on Facebook, where they were treated to songs from the pre and post-war rebetika era.

Works by Vassilis Tsitsanis, Sotiria Bellou and Giorgos Mitsakis were performed, along with original music from the Ensemble’s upcoming CD, ‘To Monopati,’ which is available for digital purchase and download.

Kalamaras told The Greek Herald the concert was a way to remind the Greek community that music matters during this unprecedented time.

“Prior to lockdown, we were playing quite a bit around Melbourne, connecting with people who come to watch us play,” Kalamaras said.

“Music has been the constant thread that has kept us all sane during this unprecedented time. We want to remind our friends and the community that music matters.”

And that’s exactly what they did.