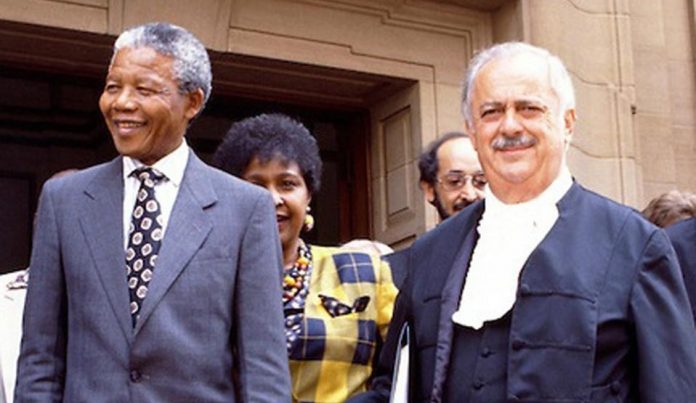 That is the message to all citizens as we recognise Mandela Day on July 18.

The day was established in 2009 by the UN General Assembly to honour the “promotion and quality of peace” that Nelson Mandela embraced in his life and for which the former South African president fought.

“By becoming someone who makes every day a Mandela Day by taking action against poverty, you can show others that actions speak louder than words,” says Mandela Day organisers.

“Positive change was the gift left to all of us by Nelson Mandela, but it can only become a living legacy if we take up his challenge.”

We all know Nelson Mandela as a leader and modern inspiration, but like everyone else, he was supported by those closest to him. One of the men who provided the greatest support to Mandela was anti-apartheid campaigner and lawyer George Bizos.

Bizos, who came to South Africa as a 13-year-old fleeing the Nazi occupation of Greece, played a key role in the legal fight to end apartheid, the racist system used to oppress South Africa’s Black majority for decades.

The soft-spoken but determined Bizos represented Mandela from his treason trial in 1964 until the former South African president’s death in 2013.

The two met as law students. During Mandela’s years in prison, Bizos helped to look after his family, and he played a key role in negotiations for Mandela’s release in 1990.

Bizos is credited with getting Mandela to add the words “if needs be” to his speech from the dock in which he said he was prepared to die for his ideals.

The addition was seen as an escape clause, avoiding any impression that Mandela was goading the court to impose the death penalty.

Bizos remained active in human rights work in South Africa well into his 80s with the Legal Resources Center. In 2014 he questioned witnesses during an inquiry into the shooting deaths of several dozen protesters by police during a strike at Lonmin’s Marikana platinum mine in 2012.

Bizos considered himself Greek and South African to the core. During the struggle against apartheid, he said he drew on his schooling in Greece about democracy and freedom.