On This Day: Resistance fighter, Lela Karagianni, was murdered by the Nazis 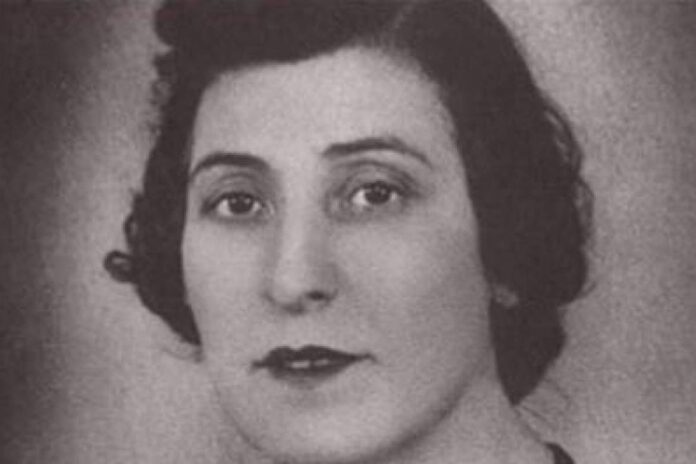 During the Axis occupation of Greece in WWII, seemingly ordinary people crossed into the heroic sphere. Lela Karagianni was one of them. A simple home-maker and mother of seven children, Lela’s only responsibility for much of her adult life was to tend to her family’s needs.

But from the moment the Nazis invaded and occupied Athens, she became a critical member of the organised resistance movement— even creating her own cell, which she code-named Bouboulina.

It was these actions which led to Lela’s untimely death by firing squad on September 8, 1944. She was only 46 years old.

To mark the occasion of her death, we take a look back at her incredible life.

Lela Minopoulou was born on June 24, 1898 in Lake Evia. She was the eldest daughter of Athanasios Minopoulos and Sofia Boubouli.

In 1916, she married the pharmacist Nikolaos Karagiannis, with whom she had seven children: Joanna, George, Electra, Byron, Nelson, Nefeli and Eleni.

Heroine of the resistance:

The occupation of Greece by the Italo-Germans transformed the Greek housewife into a protagonist of the National Resistance.

She formed the resistance cell, ‘Bouboulina,’ which operated out of her husband’s pharmacy and provided information to other cells about Nazi movements. She even helped smuggle people out of the Nazi zone and into the mountains, which were controlled by the resistance.

Lela and her team also forged documents and were instrumental in hiding Jews, who were constantly hunted by the occupying forces.

In July 1944, Lela was arrested in Athens by the German occupation forces. She was taken to the SS headquarters on Merlin Street, known to some Greek prisoners as “Hell House.”

There, she was tortured for several days before being sent to Haidari concentration camp on the outskirts of Athens.

Even as a prisoner, Lela continued to coordinate various resistance efforts against the Germans from inside the jail.

At the dawn of September 8, 1944, Lela Karagianni was led with other patriots to the Dafni Grove. Shortly before her execution by Nazi firing squad, she shouted: “Let the Nazis see that the Greeks know how to die for their homeland.”

Her body, pierced by bullets, was secretly received by friends of her family and buried in the 2nd Cemetery of Patissia.

A bronze bust of Lela has been erected at the War Museum in Athens and a full-length marble statue between the National Museum and the Polytechnic.

The Academy of Athens awarded her the Virtue and Self-Sacrifice Award.

On June 18, 2020, the Hellenic Republic also awarded her the rank of brigadier general.

Her house in Athens is a protected monument and the City of Athens named a central road after her.

For her work in hiding and saving Jews, she received Israel’s highest honor, recognised as a member of the prestigious “Righteous of the Nations,” a list of non-Jews who sacrificed and risked their own lives to save Jews at the Yad Vashem Holocaust Memorial in Jerusalem.