On This Day in 1999: Earthquake strikes Athens, killing 143 people 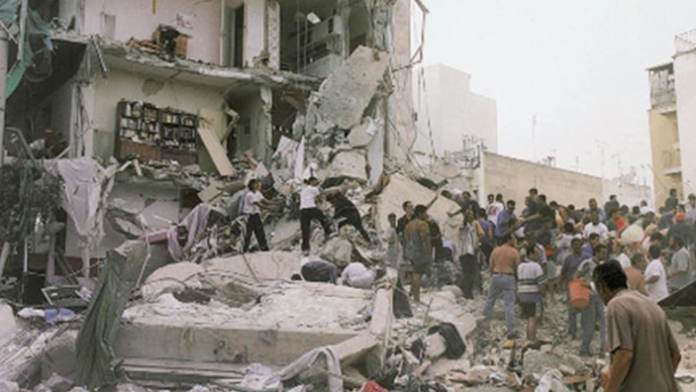 The proximity to the Athens metropolitan area resulted in widespread structural damage, mainly to the nearby suburbs of Ano Liosia, Acharnes, Fyli, Kifissia, Kamatero and Metamorfosi.

The Acropolis of Athens and the rest of the city’s famous ancient monuments escaped the disaster either totally unharmed or suffering only minor damage.

A landslide as well as several fissures were reported along the road leading to the peak of Mount Parnitha. Minor damage was also reported to water and waste networks close to the epicenter.

Rescue teams sifted through the rubble in Athens in an effort to find any survivors. Local residents joined in, contributing garden tools and hammers to the work of the cranes which moved large chunks of damaged concrete.

People yelled into narrow crevices in the rubble, desperately trying to communicate with anyone who might still be alive beneath the damage.

Dust-covered and shocked victims were pulled from the rubble and quickly whisked off in ambulances to the nearest hospital.

The quake was the most costly natural disaster to hit Greece in nearly 20 years.