On This Day: Greek shipping magnate, Aristotle Onassis, passed away 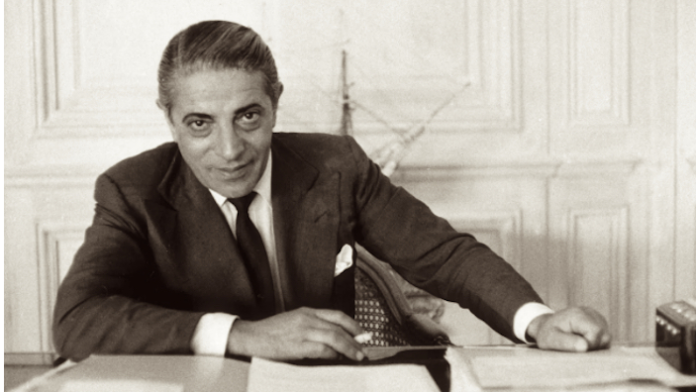 Aristotle Onassis holds the legacy as one of the most successful businessmen in Greece’s history. He set up a fleet of oil tankers and ships from scratch, larger than the national fleets of many countries.

On this day in 1975, the Greek shipping magnate passed away. To mark the day, we take a look back at some of his incredible life achievements.

Born on January 15, 1906 in Smyrna, Aristotle’s father, Socrates, was one of the richest tobacco merchants and businessmen in the region. Yet, once the calamity of World War I took place, his father was imprisoned. Their business fell into the hands of the Turks and their warehouse was burned down.

Having no other choice, Aristotle decided to go abroad in search of a better fortune for him and his family. He arrived in Greece when he was 16 years old, staying in an outdoor camp. Soon after, he journeyed to Constantinople where in August 1923, he traveled to Argentina with only $250.

Aristotle got his first job at the British United River Plate Telephone Company. While in Argentina, he engaged in a tobacco importing business with help from his father back home.

However, unsuccessful negotiations with Juan Gaona, head of a giant Argentine corporation, forced Aristotle to launch his own line of cigarettes. From this, he obtained an Argentine citizenship in 1929, eventually establishing his first shipping trading company in Buenos Aires, Astilleros Onassis.

He initially bought a 7,000-ton merchant ship, which was dismantled and sank due to a storm. He then bought 6 Canadian ships, naming the first two “Penelope Onassis” and “Socrates Onassis,” in honour of his parents.

Many described Aristotle as having a ‘trustworthy instinct,’ which guided him to new opportunities. Seeing a gap in the airline market in Greece, in 1957 he established Olympic Airways, the first Greek air company.

Between 1950 and 1956, Onassis had success whaling off the Peruvian coast. His first expedition made a net profit of US$4.5 million and foresaw great success, yet the business crumbled when they received a scathing accusation from The Norwegian Whaling Gazette. Accusing them of mishandling the whale meat, Aristotle sold the business Kyokuyo Hogei Kaisha Whaling Company for $8.5 million.

Aristotle’s greatest wealth came from his entry into the world of oil. Large petroleum companies, like Mobil and Texaco, came to him to transport their goods with his ships. All of Aristotle’s ships had flags of Panama, allowing him to transport goods tax-free, while running at low cost.

While holding great power and success in the business world, Aristotle experienced great tragedy within his own family. Aristotle’s first marriage was to Athina Livanos, a daughter of a Greek shipping magnate. They had two children, both born in New York City: a son, Alexander (1948–1973), and a daughter Christina (1950–1988).

On January 22, 1973, his son Alexandros was seriously injured when his plane crashed at Elliniko airport, under unclear circumstances. Aristotle refused to believe it was an accident, offering $1 million to anyone who found evidence of sabotage.

Aristotle later divorced Livanos as during their relationship, Aristotle was unfaithful to her and had many extramarital affairs. The most famous affair of Onassis was to Maria Callas, the famous Greek opera singer. Onassis later married Jacqueline Kennedy, widow of U.S. President John F. Kennedy, on 20 October 1968.

In December 1973, the fall of the world tanker market came. While Aristotle was largely protected due to the long term contracts arranged with the large petroleum companies, eventually he was forced to close refineries.

Two years later, the shipping giant contracted Myasthenia gravis. He retired to his private island, Scorpio, eventually flying to Paris to see the world’s best doctors. Unfortunately, Aristotle passed away on March 15, 1975, at the American Hospital in Paris.

Aristotle Onassis remains the most famous and wealthy Greek shipping tycoon of the 20th century and arguably one of the most successful businessmen ever.