On This Day: Greek naval forces landed at Moudros in Lemnos during First Balkan War 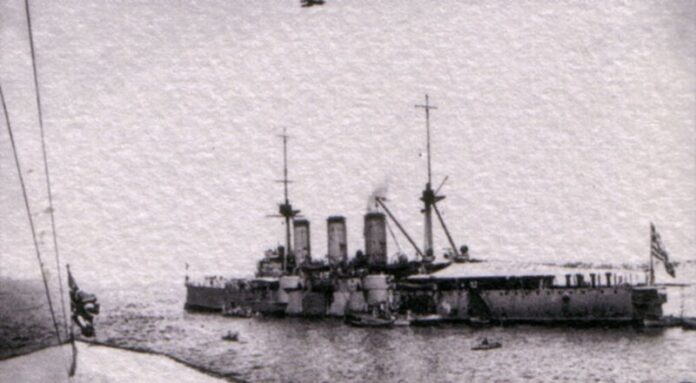 The Balkan wars occurred from October 8, 1912 to July 18, 1913 between members of the Balkan League (Bulgaria, Greece, Montenegro and Serbia) and the Ottoman Empire.

On this day in 1912, the First Balkan War broke out when Greek naval forces landed at Moudros in Lemnos. To mark the occasion, we take a look at how the event played out.

Start of the First Balkan War:

In 1912, the first operations by the Greek Navy was to secure several objectives. The capture of the Turkish-held port of Moudros was the first step.

Located on the southern coast of the island of Lemnos, the port was attacked on October 8, 1912. The fleet landed Greek marines, which progressed quickly in combination with close naval support. They defeated the unique Turkish garrison and occupied the port.

Moudros Bay became the cornerstone of the Greek fleet for all naval operations in the area, enabling it to keep watch on the Dardanelles and prevent a foray by the Ottoman Navy into the Aegean.

On January 18, 1913, the Turks attempted to retake the island, however, the Greeks found out the Turks were approaching and defeated them in what is known as the Battle of Lemnos.

With this, the Ottomans were prevented from supplying and reinforcing their land forces in Macedonia by sea, a critical factor in the success of the Balkan League in the war.