On This Day: Greece’s first psychoanalyst, Andreas Embirikos, was born 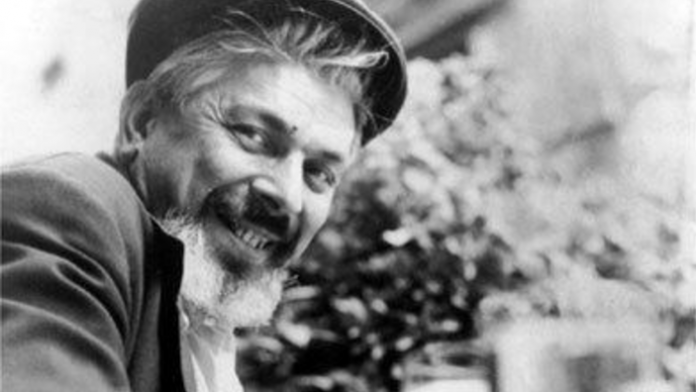 Andreas Embirikos was a Greek surrealist poet and the first Greek psychoanalyst. On this day in 1901, Embirikos was born and to mark the occasion, we take a look back at his life achievements.

Embirikos came from a wealthy family as his father was an important ship-owner.

He was born in Brăila, Romania, but his family soon moved to Ermoupolis in Syros. When Embirikos was only seven years old they moved to Athens.

While he was still a teenager, his parents divorced.

Embirikos started studying philosophy at the University of Athens, but he eventually decided to move to Lausanne to stay with his mother.

The following years, Embirikos studied a variety of subjects both in France and in the United Kingdom. It was in Paris where he decided to study psychanalysis together with René Laforgue.

Embirikos’ poetry can be defined by two major tendencies.

On the one hand, he was one of the major representatives of surrealism in Greece. His first poetic collection, Ipsikaminos, was a heretic book, characterised by the lack of the punctuation and the peculiarity of the language.

On the other hand, much of his work also dealt with the “Greek trauma.” With a frenzied sense of humour and well-meant boldness, he always tried to combine what is genuinely imaginary with the simple fact.

Embirikos died in Kifissia, Athens in 1975. His mother preceded him by only two years.

Together with George Seferis, Embirikos was the most important representative of the “Generation of the ’30s.” He contributed greatly to the introduction of modernism in Greek letters and he helped change once and for all the poetic atmosphere of Greece.