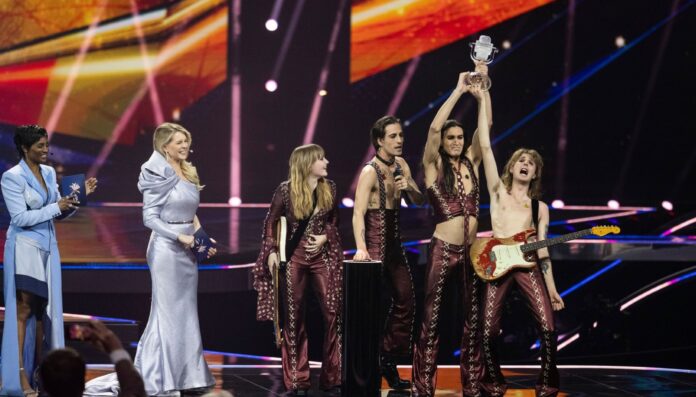 Greece has finished equal-tenth in the 65th Eurovision Song Contest in Rotterdam, the Netherlands, as Italy took home the trophy.

It’s Italy’s first win after returning to the Eurovision Song Contest in 2011 was the first victory for a band since 2006.

The show took place in Rotterdam, in front of a limited capacity of 3,500 fans, and had all the thrills and spills you’d expect.

In the top 10 was Italy, France, Iceland, Ukraine, Finland, Switzerland, Malta, Lithuania, Russia and Greece and Bulgaria on an equal score.

The UK’s James Newman finished last, with zero points, being the first time a zero point score has been given from both the professional juries and the public of Europe.

Stefania’s Last Dance captivated the crowd with her stunning visual tricks used with the background of her performance. Her Eurovision entry was written by a team of Eurovision veterans including Dimitris Kontopoulos (You Are The Only One and Shady Lady), Greek production team Arcade and Sharon Vaughn (Scream and Waterline).

Cyprus finished 16th in the competition.