On this day in 1925, writer Georges Sarri was born 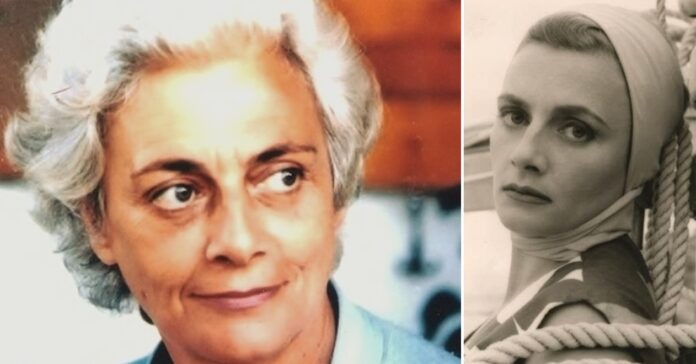 Georges Sarri, born as Georgia Sarivaxevani on 23 of May 1925, was a Greek author and actress. She is considered one of the most important children’s book authors in Greece of all time.

Georges was born in Athens, her father was a Greek from Ayvalik, Turkey, and her mother was French, hence why she was given the name Georges. She graduated and started taking acting classes at Dimitris Rontiris’ drama school, whilst Greece was still under Nazi occupation.

During the Greek Civil War, Georges Sari was wounded, this occurred just after World War II when a bomb exploded near her hand and foot, and she was treated at Agia Olga Hospital. A few years later, in 1946 she was forced to flee to Paris in exile due to the Greek Civil war. Whilst in Paris, she studied acting at the Charles Dullin School of  Dramatic Art, she also worked in a range of jobs to support herself.

During her years of exile in France, she met the Egyptian surgeon Marcel Karakosta, with whom she married, and the pair had two children together. Sari returned to Greece with her family in 1962 and began acting in the theatre until the rising of the Military junta. At that point, she and other actor associates chose to partake in passive resistance against the miltary and stopped acting in the theatre.

During this time, she also wrote her first novel called The Treasure of Vaghia. Following her first novel, she published a number of other novels and was considered a successful writer.

Together with Alki Zei (another great Greek writer), she established a new style in the youth novel, both in terms of the vivid, autobiographical style, and the introduction of the political, social and historical element in the genre, which resulted in political thought no longer being a privilege that only adults could read and understand.

With her books, she led to the departure of Greek children’s literature from the standards of the 19th century, which was usually written with very dominant and protective styles, ethical teaching and the promotion of an imaginary world. Georges Sarri treated the child as an autonomous and free person with his or her own personality, and this is why she portrayed realistic heroes in her novel.

Most of her novels were addressed to the youth of Greece, and she often chose to talk about topics that revolved around important moments in modern Greek history, such as the second world war and the Greek Civil War.

Gerges Sarri received the Best Children’s Literature Book Award in 1994 for her book Ninety (a semi-autobiography of her sister). She received the Greek Cycle of Books twice, once in 1995 and again in 1999. In addition to these awards, she was also nominated for the Hans Christian Andersen Award in 1988. Throughout her life Georges Sarri was a pioneer of critical thought and influenced many young Greeks to think deeper.

On the 9th of June 2012, Georges Sarri, aged 87 passed away in Athens, although her influence on the youth of Greece is always present through her novels.