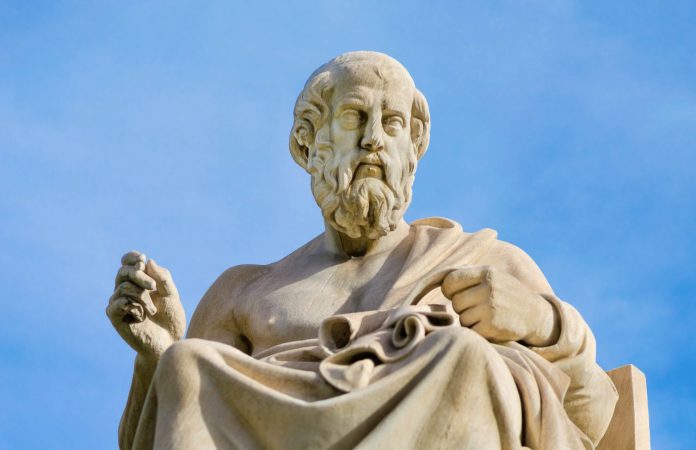 The term “philosopher” comes from the Ancient Greek, φιλόσοφος, meaning “lover of wisdom”. The coining of the word is largely attributed to the Greek genius Pythagoras, one of the greatest philosophical and mathematical minds the world has ever witnessed.

Greek philosopher’s quotes are used intermittently by politicians and modern historians, largely because their words have become so translucent for each century of historical events.

This monthThe Greek Herald launched a new exciting history series, titled ‘Greatest Greek philosophers of all time’. Each month, a different Greek philosopher will be chosen with the objective to look at their most famous quotes and deconstruct them for modern understanding.

This month kicked off with, arguably, the most famous Greek philosopher of all time, Plato.

A quote that will continue to be echoed across the caverns for years to come. The quote looks at the difference between a man with his own principles, and a man who acts on other people’s principles. The concept of the ‘fool’ has been widely adapted in modern. Through the quote, Plato dictates that words are nothing without meaning. Wise words come only from true men and ridiculous words come only from foolish men.

There is truth in wine and children – Plato

“Drunk words are sober thoughts” is a similar phrase used commonly by the youth of today. These words by the Ancient Greek philosopher present the opinion that a true mind is one not corrupted by external thoughts. The mind of a child, relatively innocent, sees the world as it is and nothing more. Similar to people under the influence of wine; incapable to process more than one set of information. The quote declares that until one’s mind is ridded of external thoughts and opinions, the voices heard by others are simply well crafted words of persuasion.

Never discourage anyone who continually makes progress, no matter how slow – Plato

To understand the truth of this quote, you need to look no further than some of the world’s largest personalities. Leonardo DiCaprio, Walt Disney, Gisele Bündchen; All celebrities who never graduated from school, or were considered the ‘most intelligent’ in their youth. Intelligence comes in all forms, at any age. The quote comes as a reminder for parents specifically, never to discourage the growing efforts of their children.

Beauty lies in the eyes of the beholder – Plato

A quote well attributed to some of the world’s critically acclaimed ancient and modern artists. Plato is simply referencing the differences in artistic beauty, tuned to people’s personal preference. Yet, the quote has come to be understood as so much more. The words of the ancient philosopher have brought to light the need for self-love and appreciation. As barriers of depression discussion are broken down, Plato stresses the importance of understanding one’s self-beauty, remembering that we are the world’s beholder.