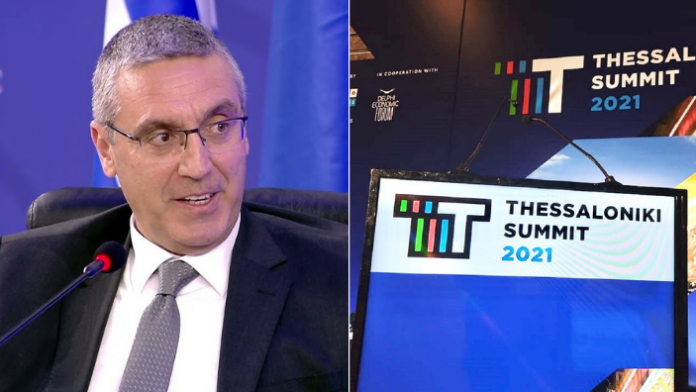 The two-day Thessaloniki Summit began at the Porto Palace Hotel on Thursday.

Speaking at the summit, the Turkish Ambassador to Greece Burak Ozuergin underlined the importance of trust between the two countries.

Ozuergin said Turkey doesn’t take personally a US naval base at the Alexandroupolis port in Evros.

“What we are interested in is Eastern Europe and the Black Sea,” he said.

“Everything is related to the security of our allies in the Balkans and the Black Sea, which is very important for us because it serves as one of the key connecting points between Turkey and Russia.”

“We, therefore, want to guarantee that the balances in the region – which includes Eastern Europe and the Black Sea – will be secured because we will be the first to face the repercussions if this balance is disturbed.”

US Ambassador to Greece Geoffrey Pyatt reassured that the naval base is “not a threat to Turkey”.

Pyatt said the US shares strategic interests with Greece.

“I am very proud of the progress of the last five years in bilateral relations and of Greece’s progress,” he said.

It comes less than a month after the US and Greece signed a military deal to grant US forces broader use of Greek bases.

Greece is pinning much of its defense strategy on close military cooperation with France and the US as it disputes with Turkey over sea and airspace boundaries.