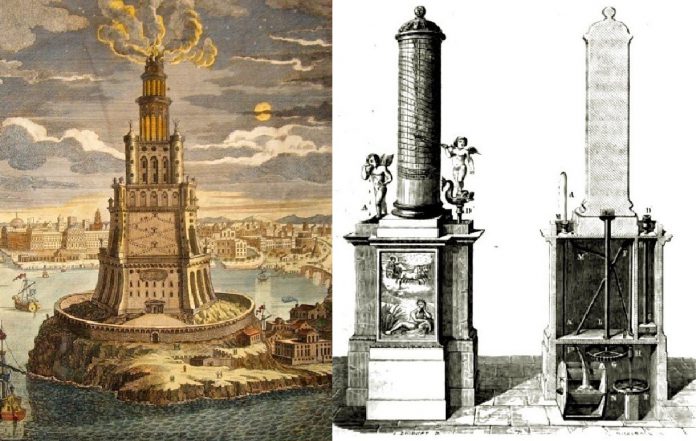 Democracy, philosophy, medicine and geometry are just a few of the many Greek inventions that have formed the world we live in. While all of these are crucial elements of our society, sometimes it is the smaller, more practical inventions used around the world that people forget most.

Below are some of the interesting and amazing inventions that reflect Greece’s contribution to society.

An invention that society be lost without, the alarm clock’s origins began in ancient Greece in the 3rd century BC. Over time, the alarm clock has undergone a number of changes and improvements from the mechanical alarm to modern gadgets like cell phones, which come with an inbuilt alarm.

The core design of the alarm clock was developed by Hellenistic engineer and inventor Ctesibius (285–222 BC). He managed to fit his clepsydras or water clock with a dial and pointer to indicate the time, and added an elaborate alarm system which involved pebbles dropping on to a gong, or the blowing of a trumpet by forcing bell jars down into water and taking the compressed air through a beating reed at pre-set times.

The ancient Greek philosopher Plato (428–348 BC) was said to possess a large water clock with an unspecified alarm signal similar to the sound of a water organ.

An invention we largely take for granted today, the automatic door was first developed in ancient Greece by the Heron of Alexandria.

A roaring fire would be lit on a large altar and some of the heat would be siphoned to a pot of water below. The heated, expanding gases would force water through a siphon into another tank attached to a balance system which operates the axles of the doors. When the tank filling with water would sink down, the doors would swing open.

The Heron of Alexandria was also responsible for creating the vending machine and a basic syringe!

What invention would be able to replace the odometer for vehicles today? The odometer is one of modern society’s most used inventions and was first used for measuring distances in Greece around 27 BC.

While ancient military engineer Vitruvius thought it to be the work of Heron of Alexandria, evidence shows it was actually invented by Archimedes of Syracuse (287 – 212 BC), ancient Greek mathematician, physicist, engineer, astronomer and inventor.

The odometer was used in the late Hellenistic period and helped revolutionise the building of roads by accurately measuring distance.

Maybe not used as much today as 50-100 years ago, the lighthouse is still a staple invention that has served an incredible purpose in society for the last thousand years.

The first lighthouse was named the ‘Pharos of Alexandria’, named after the Greek word for lighthouse ‘Pharos.’ One of The Seven Wonders of the World, the pharos was one of the tallest manmade structures for centuries and was built by Sostratus of Cnidus between 280 and 247 BC.

The light was produced by a furnace at the top, and the tower was said to have been built mostly with solid blocks of limestone. Although, since the lighthouse was over 300 feet tall the use of limestone as the main material is doubtful due to the possibility of collapsing under its own weight.

The Automatic Servant of Philon (The First Robot)

The first robot in human history was created by Greeks in the 3rd Century BC in the form of a maid holding a wine jug, known today as the the Automatic Servant of Philon.

The robot had only one purpose: fill a cup with wine and dilute it to the drinker’s desire. The individual was required to place a cup into the servant’s hand, which would weigh it down and permit air to enter a jug of wine, letting the wine spill into the cup. As the cup filled, weighing the hand down even further, air would be cut off to the wine jug and instead would be let into a water jug. Water would then flow into the cup until the drinker removed it.

More information about the servant can be found here: http://kotsanas.com/gb/exh.php?exhibit=0401001