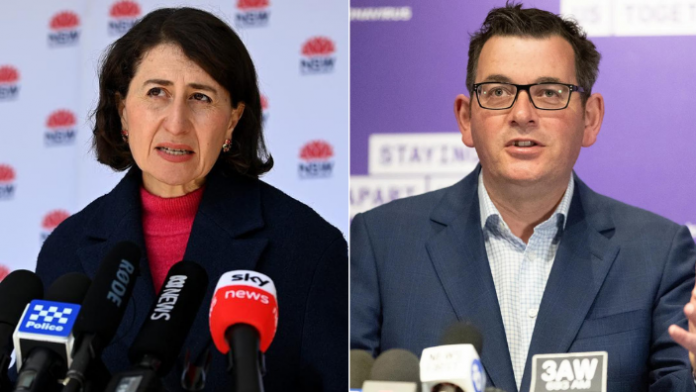 NSW has recorded 97 new locally acquired cases of COVID-19 in the past 24 hours to 8pm last night.

Of those, 29 were infectious while in the community.

“That number of people being infectious in the community keeps going up,” NSW Premier Gladys Berejiklian announced.

Meanwhile, Victoria has recorded 10 new locally-acquired cases on the state’s first day of lockdown, including four that were announced in press conferences yesterday.

Victoria’s list of COVID-19 exposure sites has grown to more than 120.

Wani Sakellaropoulos, co-owner of Ms Frankie restaurant in inner Melbourne, says she went into “lockdown mode” when her business was listed as a Tier 1 exposure site.

The list includes more areas at the Melbourne Cricket Ground (MCG) and multiple locations in Bundoora, Maribyrnong, and Richmond.