Christos Tsiolkas behind new opera on murder of George Duncan 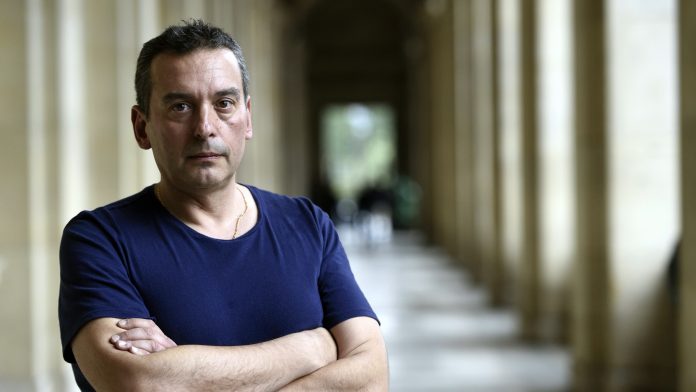 Writer Christos Tsiolkas and playwright Alana Valentine have written the libretto for a new oratorio on a murder that changed Australia.

Watershed: The Death of Dr. Duncan retells the manslaughter of then 41-year-old London-born law lecturer George Duncan in 1972.

Duncan and another man, Roger James, were confronted by a violent gang at a well-known meeting spot for gay men near a footbridge along Adelaide’s River Torrens.

Both were thrown in the water. Duncan drowned.

After his body was retrieved from the river, his corpse was returned to the water and dragged out again for the benefit of a news crew’s camera.

“The body was desecrated twice, in a way,” says Tsiolkas.

“That kind of desecration would not have occurred to the body of a heterosexual man.”

“It was the fact that he was a poofter, that kind of made it all right to do.”

In 1988, two vice squad members were tried and acquitted of Duncan’s manslaughter.

“I don’t think we’ve shied away from saying that the culpability of police is an unaddressed question,” says Tsiolkas.

“It’s still there, and clearly there was a real history of homophobic violence in the police force, as there was at that time in police forces across the globe.”

The show will bring together solo voices, a dancer, the Adelaide Chamber Singers, and an elite chamber orchestra under the baton of Christie Anderson.

The festival has tried unsuccessfully to track down those involved at the time of the murder in 1972.

But Tsiolkas hopes they may still find them or they will suddenly turn up.

“I think we all hope if they come to this show that they will feel that elation and that mourning,” he said.

Tsiolkas says the oratorio’s combination of “celebration” and “lament” reflects upon continuing violence against queer people.

The opera is directed by Adelaide Festival co-artistic director Neil Armfield and features then South Australian premier Don Dunstan – who decriminalised male homosexual acts in 1975 – as a character.

Watershed: The Death of Dr. Duncan premieres at the Dunstan Playhouse from Wednesday, March 2-8 as part of the Adelaide Festival.