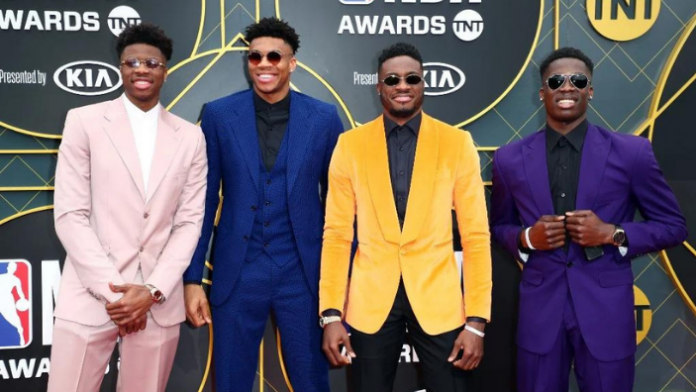 Disney has released the trailer for their exclusive film Rise, which is based on the life of the Antetokounmpo family and their migration story from Nigeria to Greece.

The film will air exclusively on Disney+ on June 24 and tells the story of the history-making family that produced the first trio of brothers to become NBA champions in the history of the league – Giannis and Thanasis who play for the Milwaukee Bucks, and Los Angeles Laker Kostas.

The film follows the Antetokounmpo family as they struggle to assimilate and obtain Greek citizenship all the while trying to provide for their five children. Desperate to provide, the brothers found themselves selling items to tourists on the street when they weren’t playing basketball at the local courts.

The film was directed by Akin Omotoso, written by Arash Amel and produced by Bernie Goldmann, along with Giannis Antetokounmpo and Douglas S. Jones who served as executive producers.

Parts of the film were shot on location in Sepolia, the Athens district where the Antetokounmpos grew up, last year.