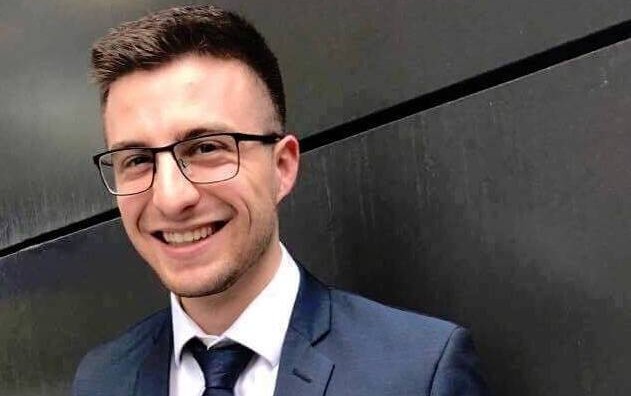 Cerebral palsy is a medical condition that not many people may be wary of. It might not affect as many patients as other disorders, such as paraplegia, Parkinson’s or Tourette’s syndrome, yet it is just as difficult, if not even more so, for those being born with it to have a normal life.

According to a report issued by Deloitte in 2018, cerebral palsy is defined as “… a group of permanent disorders of the development of movement and posture, causing activity limitation, that are attributed to non-progressive disturbances that occurred in the developing foetal or infant brain. The motor disorders of cerebral palsy are often accompanied by disturbances of sensation, perception, cognition, communication, and behaviour, by epilepsy, and by secondary musculoskeletal problems.”

The same report found that approximately 35,500 people, or 0.14 per cent of the Australian population in 2018, were forced to live with this condition. The financial weight of this disease to the country is worth about $5 billion, which comes down to more than $145K for each person suffering from cerebral palsy.

Initiatives such as STEPtember are attempting to not only relieve some of those weights, but also make life a little easier for the ones unfortunate enough to be born with this condition. STEPtember calls for people to walk a minimum of 10K steps per day in order to raise funds for those affected by cerebral palsy.

Among those involved with this initiative is Greek Australian youth Vasilis Berbatakis, who spoke to ‘The Greek Herald’ about what this cause is all about but also about how it reflects on him on a more personal level.

“STEPtember is an organization committed to improving the lives of people who suffer from cerebral palsy. It’s effectively challenging people to commit to 10,000 steps a day throughout the entire month of September and raising funds which then go into helping people who live with this condition.

“So, it’s a big initiative and I’ve noticed that recently more people are starting to get around it, more so than last year,” says Vasili, who goes on to talk about who else is involved in this great initiative besides himself.

“We’ve created a small group called ‘Ta Leventopeda’, however at the moment it’s only a very good friend of mine, Chris Fanaras, who’s joined me on this cause. But we’re currently making enquiries about two people who want to be part of the ‘Leventopeda’ team, so if anyone is up for it, they’re more than welcome to join!”

Going into why he decided to help people suffering from this condition specifically, rather than any other group, Vasili reflects on a recent incident that kept him on the sidelines for quite a while and gave him some perspective:

“There were two factors that motivated me to take this course of action in support of people that suffer from this health condition: one was that it was really driven by the place I work; the latter was that I suffered from a pretty big leg break back in 2019 which put me out from football and all other physical activities for a whole year.”

“I was out for 11 months after I broke my left kneecap and my MCL (medial collateral ligament) was pulled. After three months, my leg showed no signs of getting better, so the doctors decided to operate on it. That whole experience was an eye-opener for me,” Vasili says.

“In no way am I comparing myself and what happened to me to the people who deal with cerebral palsy on a daily basis since I had a recovery plan whereas they suffer throughout their whole lives. But for that short time, I definitely felt restricted in my movements, so I was able to gain a bit of insight.

“Through this fundraising process I hope that I can help provide some of these people with a few resources which will improve their mobility, such as new instruments that could help them walk.”

So far, Vasili has been keeping up with his 10,000 steps a day and is on track with raising those highly necessary funds for the people who are in desperate need of them. If you would like to join him on this noble cause, feel free to look into the STEPtember organisation and help make the world a little bit better!