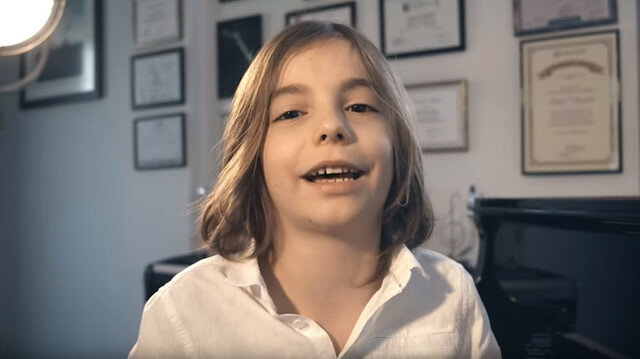 The composition is a moving piece of music dedicated to all the people who continue to suffer across the world from the disease, as well as those who are forced to stay at home in isolation.

“Hi guys! I’m Stelios, I’m at home too. Let’s be just a teeny bit more patient and we will soon be out swimming in the sea! I’m dedicating you a piece of my own,” Kerasidis says in the YouTube video.

The hypnotic melody has picked up more than 43,000 hits on YouTube since its launch last week.

The work is his third composition after he also penned two piano concertos, ‘Veronika‘ and ‘Anastasia,’ named after his sisters.

“Music is my entire world,” he told Reuters last year.

The piano wonder child started performing in public at the age of five. At age six, he became the youngest Greek musician to perform a Chopin waltz at Carnegie Hall.

Now, stuck in isolation, Kerasidis has not hinted whether he has another composition up his sleeve.