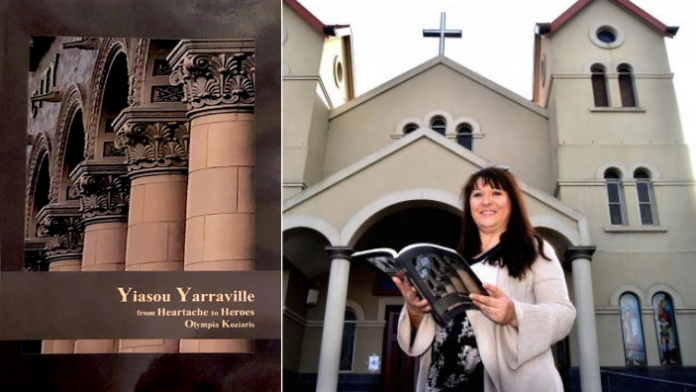 Seven decades of Yarraville’s extensive Greek history has been documented in a book which hit bookshelves early last month.

“It’s really about ensuring that our local history of the Greek immigrants was captured,” Karris tells Star Weekly.

“They’ve been here for over 70 years, migration started about the 1950s. I’ve honed in and I focussed on Yarraville because that’s the Greek hub.”

Kariss grew up in Footscray, five kilometres from Melbourne’s CBD, and says the art-deco boutique Sun Theatre in particular was her “starting point” for the book.

“The seating was for 1024 people and I remember it being full, packed.”

The Sun Theatre originally opened in 1938 but was became a Greek cinema in the late 1960’s to satisfy the suburb’s growing Greek population, spurred by the migration boom, until it was shut down in the 1980’s.

“The Sun Theatre was Greek-owned … a lot of people used to catch the train and they would all gather to Yarraville on a Saturday, Sunday night to watch movies. The first movie was always Greek and the second movie could be Indian with Greek subtitles.”