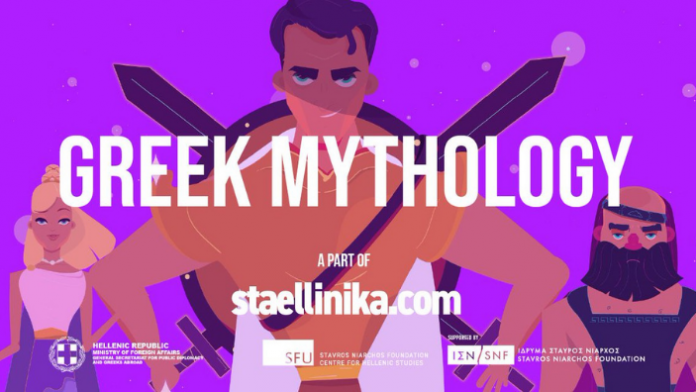 Greek mythology courses for diasporic preschoolers and young adults have been added to the StaEllinika app in a joint educational initiative from the Greek government.

Preschoolers and young adults are set to climb one step higher up Mount Olympus with the interactive and story-driven courses.

“Sta Ellinika offers a bridge for young Greeks in the diaspora to reach the roots of their cultural heritage,” says the Greek secretary general for Greeks abroad, Ioannis Chrysoulakis.

Around 30 thousand people have so far signed up to StaEllinika – the Greek Foreign Ministry’s app designed to universalize Greek language and mythology for Greek and English-speaking Greek diaspora.

The initiative is brought by a collaboration between the Simon Frasier University in Canada and the Greek Orthodox Archdiocese of America to universalise Greek language and culture courses.

Dr. Dimitris Krallis, from the Stavros Niarchos Foundation Centre for Hellenic Studies, put the initiative in motion to provide a fun break away from the modern world to visit the ancient world.

“The next generation of the Greek diaspora will be provided with the necessary tools  to keep the Greek language, culture and history alive and thriving, as a result of the collaboration with our long-time partners at the Greek Government and the Greek Orthodox Archdiocese of America, and with the support of the Stavros Niarchos Foundation,” Krallis says.

“The stories we learn as children shape our minds by instilling values and morals, while also helping us learn how to communicate with one another,” she says.