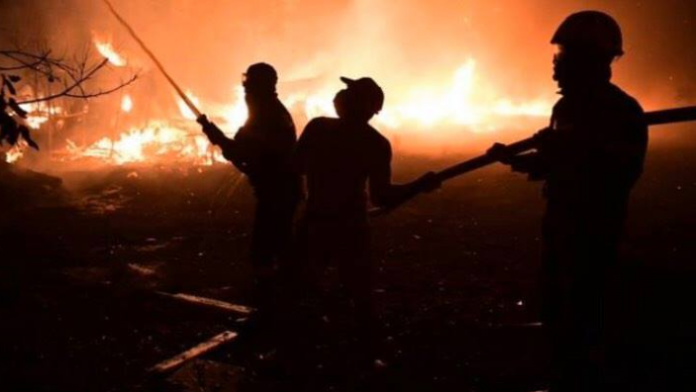 Greece is once again the midst of one of the most terrible disasters in recent years. Over 150 fires were burning on Sunday, August 8 2021 fuelled by one of the worst heatwaves in recent times.   Devastating and uncontrollable fires ravaged the whole country seeing people displaced, properties and livestock destroyed and cities, villages and outlying settlements consumed by wildfires.

Once again Greek firefighters have been grappling with this unprecedented disaster. They have not only battled the fires but also ensuring residents and animals are evacuated from the areas affected. The magnitude of the disaster had mobilised neighbouring countries, including France, Spain, Serbia, Croatia, Sweden, Israel, Romania Switzerland and Poland, to lend support to the firefighting efforts.

As Australians we understand the devastation of natural disasters, including the recent bushfires which ravaged our eastern States in 2020. We are aware of the fear, anxiety and loss which the people of Greece are now feeling. We comprehend the incredible sense of loss of those who have lost their family homes and properties. We appreciate the terror of the Greek people as they face the uncertainty of the blazes, which have ravaged their homeland.

In 2018 during the devastating fires in Attiki, Melbourne’s Greek community came together and raised funds to support the Hellenic Volunteer Fire Fighting Association (HVFFA).   Every cent of the money that was raised in 2018 was spent by the HVFFA on the purchase of much needed protective equipment for the firefighters.

As has become very obvious in this disaster, there is still a great need to support these heroes who selflessly put themselves in harm’s way.

As such we once again call on all of Melbourne’s Greek community to rally as one and alongside its collective heartfelt wishes and prayers, to also dig deep and donate funds that will once again be directed to the HVFFA where they will in no doubt be put to lifesaving good use.

Community organisations, businesses and individuals can all contribute to this drive simply by making a donation via either:

1. The Go Fund Me campaign we have established for the campaign https://gofund.me/e071edf0

Supported and endorsed by:

The Hellenic Medical Society of Australia

The Panepirotic Federation of Australia

The Australian Federation of Pontian Associations

The Pan Macedonian Association of Melbourne and Victoria

The Hellenic Australian Chamber of Commerce and Industry (Vic)

The Pancretan Association of Melbourne

The Society of Kalamata 23 March

The Cretan Brotherhood of Melbourne and Victoria

The Pantrifilian Association of Melbourne and Victoria

The Federation of Messinian Organisation of Melbourne and Victoria

The Pontian Coordianting Committee for the Commemoration of the Greek Genocide

The Australian Federation of Pontian Associations