Ethnic community groups band together to tackle racism in Australia 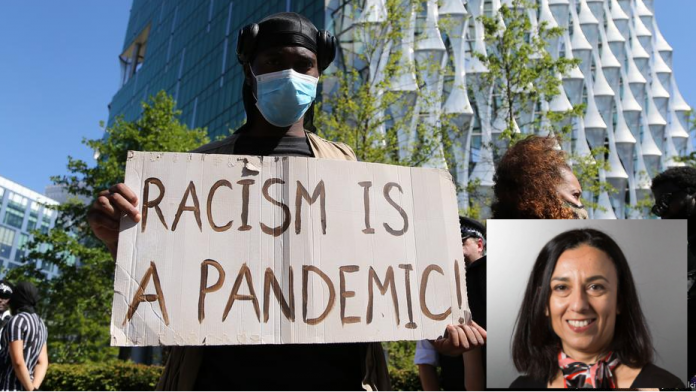 ‘Real action’ against the spread of racism in Australia has been demanded by over 30 community groups in a joint letter to Prime Minister Scott Morrison and Opposition Leader Anthony Albanese on Thursday.

Community groups, including the Federation of Ethnic Communities Australia, Diversity Council Australia and Amnesty Australia, heave appealed for an anti-racism strategy, stating that recent global events are both a “wake up call and and an opportunity”.

“We urge you to establish a bipartisan National Anti-Racism Strategy, designed to draw on existing experience and expertise to halt the rising tide of hate and promote social cohesion at all levels of Australian society,” the joint letter reads.

The letter draws attention to the increased level of racism towards the Asian-Australian community, including hostile, discriminatory and abusive behaviour, including physical violence.

One third of racist complaints made to the Human Rights Commission since the start of February have been related to COVID-19.

“Australia urgently needs a strategy both broad and specific to combat racism wherever it is manifest,” she said.

Ethnic Communities Council of Victoria push ‘All Together One’ campaign

The Ethnic Communities’ Council of Victoria (ECCV) have developed an All Together One campaign, aiming to facilitate a “Victoria-wide anti-racism response built on integrity, respect, equality, empowerment, social cohesion, and innovation”.

CEO of Football Victoria, Peter Filopoulos, is an active ambassador for the campaign, recognising cultural diversity as a key feature of football in Victoria.

“We are living in challenging times and just as in football, working together will benefit us all,” Filopoulos said in a statement.

“Promoting our game is about Football for ALL – to increase our engagement and advocacy of football, and to change perceptions and promote positive outcomes.”