Holy Monday: The Service of the Bridegroom begins 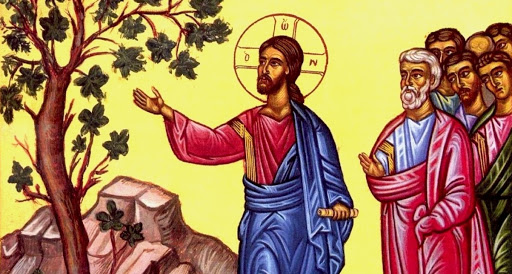 Beginning on the evening of Palm Sunday and continuing through the evening of Holy Tuesday, the Greek Orthodox Church observes a special service known as the Service of the Bridegroom. The service presents the faithful with an array of themes based chiefly on the last days of Jesus’ earthly life.

On Holy Monday, there are two specific events which are commemorated, each with an important lesson to learn:

Joseph the Patriarch, the beloved son of Jacob, is commemorated on Holy Monday for his virtue, nobleness and innocence. He is typically seen as a “prototype” of Christ as his life closely resembles that of the Lord’s son.

Told in the final section of the Book of Genesis, Joseph’s story is one of extreme hardship. Sold into slavery by his jealous brothers, he ended up in prison after being falsely accused of raping the wife of Potiphar, the captain of the Pharaoh’s guard in Egypt.

However, Joseph was able to leave prison after interpreting one of Potiphar’s dreams and predicted Egypt would experience seven years of abundance followed by seven years of famine. He advised the Pharaoh to store surplus grain against the coming famine and by doing so, he saved the people of Egypt.

Following the fulfillment of the prediction, Joseph became one of the most powerful men in Egypt, responsible for food distribution in the kingdom. His brothers, on the verge of starving to death, travelled to Egypt and presented themselves to him asking for his help. Although the brothers did not recognise Joseph, he realised who they were and helped them, showing the greatness of his soul.

Set your heart to forgive those around you. This will not only heal your relationship but it will also keep your heart free from bitterness and deep rooted resentment from the past. This forgiveness is especially clear when Joseph addressed his brothers:

“’Fear not … As for you, you meant evil against me; but God meant it for good, to bring about that many people should be kept alive, as they are today. So do not fear; I will provide for you and your little ones.’ Thus he reassured them and comforted them” (Genesis 50:19-21).

The Cursing of the Fig Tree:

The Gospel reading for Holy Monday is about the barren fig, which Christ cursed and withered because it bore no fruit.

The fig tree is a Parable of those who have heard God’s word, but who fail to bear fruit of obedience and repentance. Originally the withering of the fig tree was a testimony against those Jews who rejected God’s word and His Messiah. However, it is also a warning to all people, in all times, of the importance of not only hearing God’s word, but putting it into action.

Those who belong to Christ ought to live and walk in the Spirit; and the Spirit will bear fruit in them: love, joy, peace, patience, kindness, goodness, faithfulness, gentleness, self-control (Galatians 5:22-25).