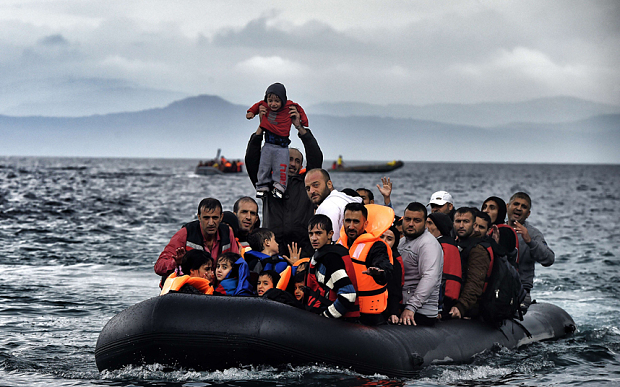 Greek forces are on heightened alert as reports have surfaced that Turkey is preparing to push through a fresh wave of migrants into Greece, with many infected by COVID-19 among them.

According to Greek government officials, the heightened alert follows intelligence reports showing Turkish authorities moving refugee groups from remote inland areas to Turkey’s western shores, where smugglers could secretly ferry them to Greek islands less than a few kilometers away.

In response, Greece’s coastguard, Air Force and Navy are increasing patrols along the Aegean waterway that divides Greece and Turkey.

“The political blackmail attempt at Evros did not work out. Just as the pressure on Greece and the blackmailing of Europe failed there, any such attempt in the Aegean Sea will also fail,” Minister for Alternate Migration, Giorgos Koumoutsakos, said on public television.

“And with the possibility that migrants arriving in Greece might be carriers of COVID-19, every migrant will go into quarantine.”

Relations between Athens and Ankara have been strained since Turkish President, Recep Tayyip Erdogan, announced earlier this year that he would no longer block migrants and refugees from seeking entry to Europe.

Turkey has since recorded a total of 56,956 coronavirus cases, with the country’s death toll currently sitting at 1,198.