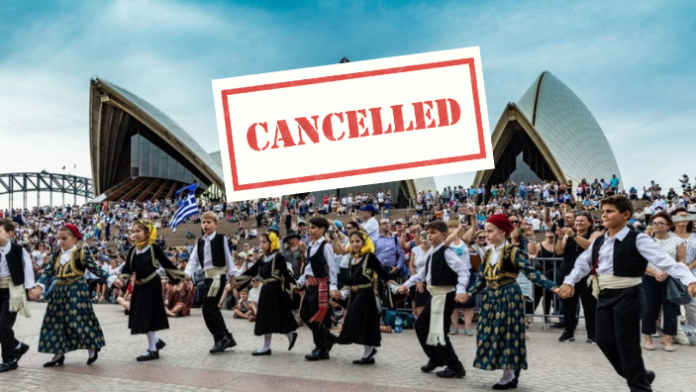 Despite hopes that the annual parades held in Sydney and Melbourne to mark Greek Independence Day would go ahead this year, they have been cancelled for the third year in a row, fuelling bitterness toward organisers and state governments.

Greek Independence Day is celebrated every year on March 25th from communities around the world and commemorates the start of the War of Greek Independence in 1821. It coincides with the Greek Orthodox Church’s celebration of the Annunciation to the Theotokos.

The news for the cancellation of the parades in the two cities with the largest Greek population comes despite the fact that both Melbourne and Sydney have lifted COVID-19 restrictions on outdoor gatherings, with many public events allowed to proceed under the provision that there are COVID Safety Plans in place.

According to The Greek Herald’s sources, the decision to axe the parades was predominantly due to the uncertainty around public health orders in the lead up to the events, as well as the issue of allowing only a certain number of community members to attend the festivities.

This year, the National Day will be commemorated with wreath laying ceremonies at Melbourne’s Shrine of Remembrance on March 20 at 12pm and at Sydney’s Martin Place Cenotaph with the date to be confirmed. Numerous dignitaries, politicians and Archbishop Makarios of Australia are expected to attend both events in the capital cities.

Greek Orthodox Schools across the country will also proceed with scaled down events and activities to mark the National Day.