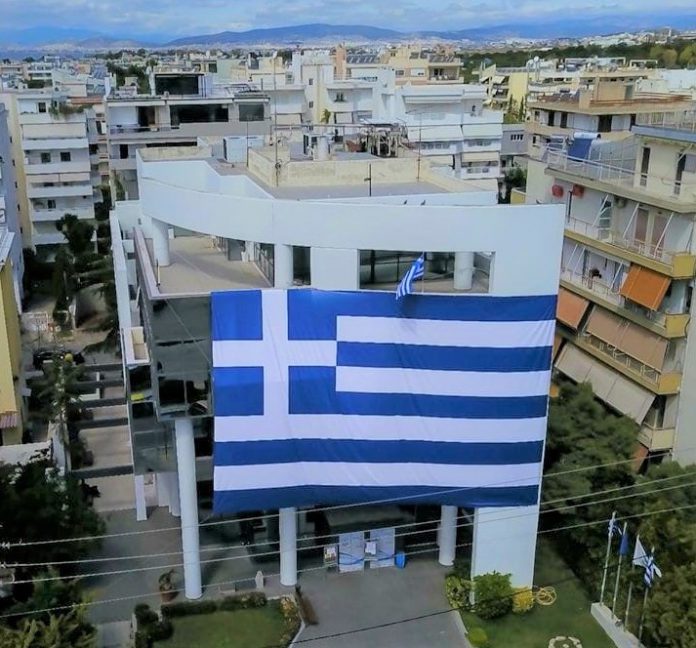 Although coronavirus restrictions led to the cancellation of large gatherings, Greek pride was still on full display around the world as thousands sang from balconies and went online to celebrate Greek Independence Day.

In Greece, the Mayor of Glyfada, George Papanikolaou, initiated a campaign to get people onto their balconies to sing the national anthem from 11-12.30pm.

The spectacle didn’t disappoint. Thousands took to their balconies with Greek flags, as vehicles with loudspeakers blasted the Greek national anthem around the streets to help spread cheer despite the lockdown conditions.

Although many were upset that the traditional military parades did not take place, fighter jets and army helicopters still flew over Syntagma Square to celebrate the occasion.

Australia didn’t forget either. In a heartwarming community initiative by Saint Nectarios Greek Orthodox Church in Burwood, speeches and poems were read by children from the Greek School and posted on Facebook.

Parish priest, Father George, joined in on the fun, giving an important history lesson on how March 25 is a ‘double celebration’ commemorating not only the start of the War of Independence in 1821, but also the Annunciation of the Theotokos, when the Archangel Gabriel appeared to Mary and told her that she would bear the son of God.

Interestingly, and for the first time in history, the Greek Orthodox Community of South Australia also held a closed ceremony at the Cathedral of Archangels Michael & Gabriel’s to celebrate the occasion.

The ceremony was only attended by the Community’s President Mr Bill Gonis, the General Secretary Mr Peter Ppiros, the Treasurer Mr Peter Gardiakos, Mrs Eleni Mermingis-Kounavelis, member of the Administrative Council and the church’s vicar.

As the Greek National Anthem resonated across the church’s empty courtyard, an eerie feeling was felt amongst the crowd. But still, it was a humble tribute towards those men and women whose struggle ensured Greece’s freedom.

Hundreds of Greek students from around the United States were able to celebrate Independence Day from their own homes using a digital platform called Greek Lessons OnLine (Greek LOL). Ada Leivada, coordinator of Greek LOL, said the event was a huge success, with young proud Greeks promoting Hellenism and celebrating freedom in the virtual space.

All in all, it looks like despite the coronavirus restrictions, Greek people worldwide were still able to show their pride for the heroes and heroines who fought hard for freedom from the Ottomans.