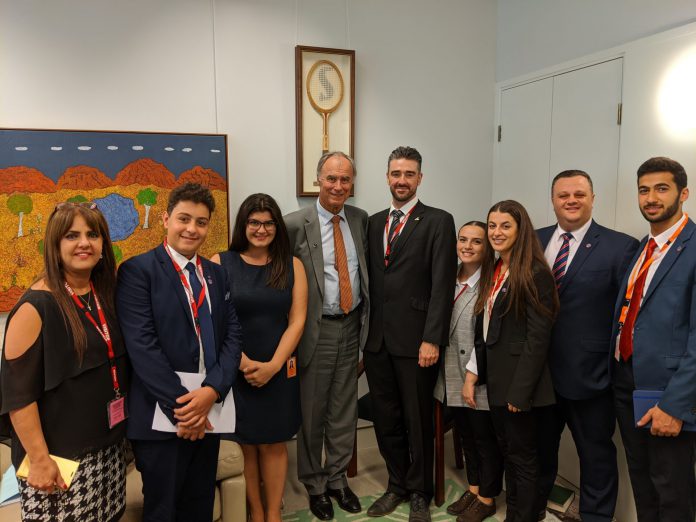 Member of Parliament and Chair of the Australian House of Representatives Standing Committee on Infrastructure, Transport and Cities, John Alexander, has signed an Affirmation of Support joining the Joint Justice Initiative launched by the Armenian-Australian, Assyrian-Australian and Greek-Australian communities.

The Joint Justice Initiative was launched in Canberra last month with the signing of a Memorandum of Understanding by the Armenian National Committee of Australia (ANC-AU), Assyrian Universal Alliance (AUA) and Australian Hellenic Council (AHC).

It calls for national recognition of the 1915 Genocide committed by the Ottoman Empire against its Christian Armenian, Assyrian and Greek populations.

Mr Alexander, who is the Federal Member for Bennelong, the most densely Armenian-populated electorate in Australia, has been a long-standing advocate for Australia’s recognition of the Armenian Genocide, speaking on the record on the issue on countless occasions.

“Mr. Alexander’s record calling for Australia’s recognition of the Ottoman Genocide of Armenians, Assyrians and Greeks is exemplary, and his backing of our Joint Justice Initiative is a welcome honour for all in our communities,” ANC-AU Executive Director, Haig Kayserian, said.