Greek community raises $250,000 for missionary work in Africa and Asia 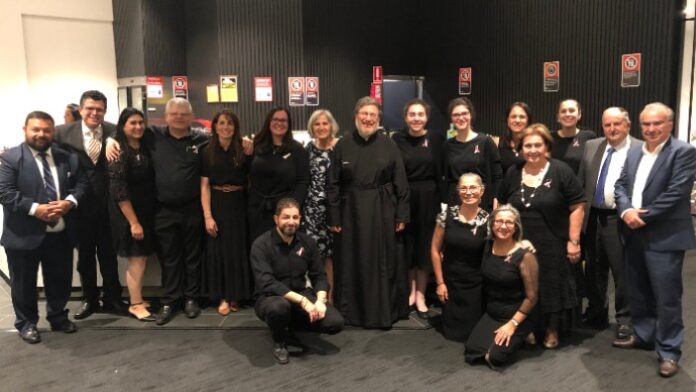 The Greek community raised $250,000 to support missionary work in Africa and Asia during a charity dinner held by the Holy Archdiocese of Australia on November 22 at the Agia Paraskevi Parish event hall in Blacktown, Sydney.

The fundraising event was held in support of the ‘Share with the World’ initiative, which was initially called ‘Share with Africa’ when it was established by the late Archbishop Stylianos.

Archbishop Makarios renamed the initiative to incorporate the missionary work of the Dioceses of the Ecumenical Patriarchate, as they are the most similar to the Archdiocese of Australia.

The $250,000 is three times the amount collected in previous years.

The dinner was attended by a limited number of guests due to coronavirus restrictions, but that didn’t put a dampener on the mood as event coordinator and host, Mr Asterios Zouriakas, kept people entertained.

Guests were shown a video presentation of the charitable work done by the Archdiocese in Asia and Africa, followed by a number of speeches from His Grace Bishop Emilianos of Meloa and Father Konstantinos Varypatis, who has been a pioneer of the initiative for many years.

In a statement after the event, the Holy Archdiocese of Australia and Archbishop Makarios thanked those who donated to the initiative.

“All the people who helped in the midst of a pandemic and financial hardship are commendable. This shows the quality and dynamics of our flock,” Archbishop Makarios said in a statement.

“This proves the sensitivity of our people, but also the trust they have in us. May God repay them a hundredfold.”