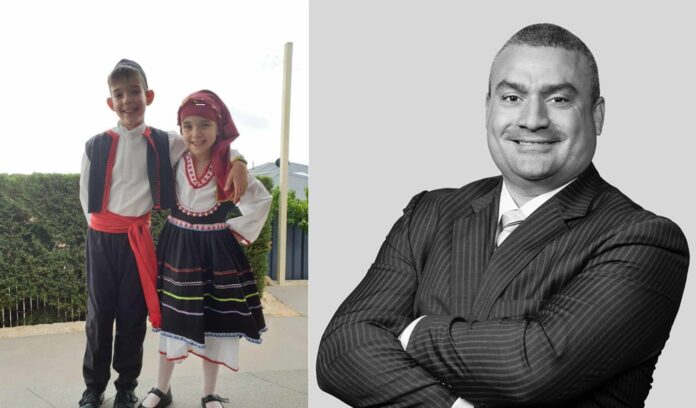 The Greek Community of Canberra learning centre is becoming a second home for the next generation of Greek Australians and, under the guidance of their teachers, they are learning their heritages valuable culture, language and history.

Stella Mentetakis has two children who attend the Greek school; Panteli (10) and Yianna (8). Speaking to The Greek Herald, Mentetakis said the efforts that GCC President John Loukadellis put into the school has created a unique, welcoming environment for all children looking to learn Greek.

“They absolutely love Greek school… they love going, they love learning about the Greek culture and heritage. My son just learnt all about the Greek heroes, Kolokotronis and Papaflessas, so he did research and he learnt about them and I think it’s fantastic,” Stella said to The Greek Herald.

The school had an incredible 150 students online in 2020 and is on track to repeat that success this year. According to Mentetakis, a massive drawcard for the children, and parents, has been the introduction of supplied dinners, courtesy of the Hellenic Club in Canberra.

“Not only do we take them to school, the club feeds them dinner. It does finish late into their bedtime, but by the time they come home we can just put them right to bed, it’s all taken care of,” Mentetakis said.

“It’s a great feel, there’s kids from Greek background but also from all different backgrounds and the books cater for that. They write them in English and Greek so it helps any level of Greek background.”

“It’s blown me away,” Loukadellis said to The Greek Herald.

“There’s two kids in my son’s class of Italian background, no Greek heritage, but the reason they came to learn Greek is because all of their friends from school are doing Greek school and they didn’t want to feel left out.”

“The schools themselves have started promoting the Greek school as well, which for me I’m eternally grateful for them jumping on our bus, if you like, and pushing the Greek language program.”

The progression of these classes, Loukadellis added, are part of the Greek Community of Canberra’s ‘Three Pillar Program’ that launched last year. The program looks to bring together the Hellenistic ideologies of faith, culture and language.

“All of our programs set up for this year involves raising money for the Greek school and involves our kids speaking Greek. And the more we do that, the more cultural programs they get involved with… the more they want to come back and want to learn,” Loukadellis said.

Anastasia Constantine has been working as the Greek school’s teacher coordinator for the past two years, also being a teacher for two years prior. Constantine said to The Greek Herald that there has been a “big difference” when looking at the school from the “past to the present”.

“John and his team have really encouraged us to keep going with our goal to lift up the Greek community, providing a better educational system through the Greek school community,” Constantine said.

“We have changed the books and have gone into a more structured system that includes religion and history to provide more opportunities for the children to expand their knowledge of the Greek heritage.”

“We’re looking forward to what the future will bring.”

Share
Facebook
Email
Twitter
Pinterest
Linkedin
WhatsApp
Viber
Print
Previous articleAndrew Pippos and Will Kostakis set to feature in 2021 Sydney Writers’ Festival
Next article“Proud to have been part of it”: Chris Despotakis reflects on first NUGAS trip to Greece